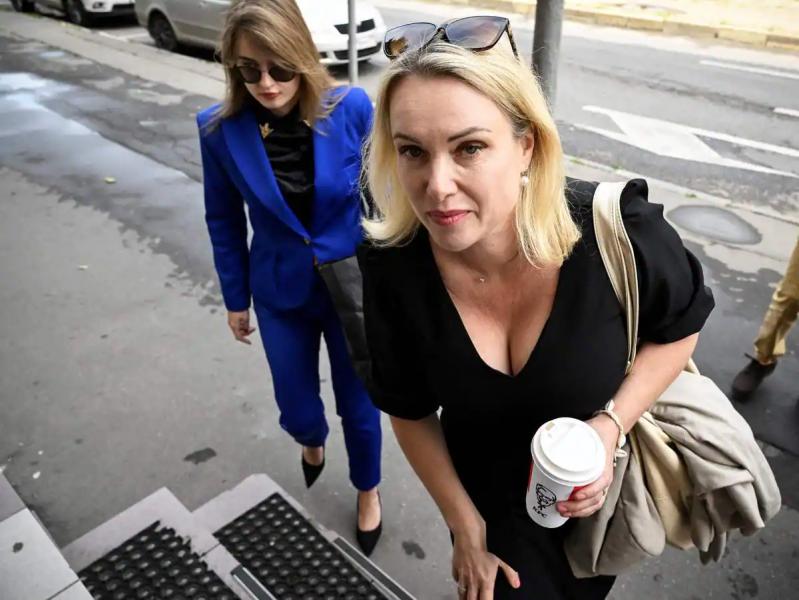 MOSCOW | Russian journalist Marina Ovsiannikova, famous for interrupting the newspaper of a Russian state channel with a poster against the offensive in Ukraine, was sentenced to a new fine on Monday for denouncing the conflict.

Convicted by a Moscow administrative court of having “discredited” the Russian army, Ms. Ovsiannikova will have to pay a fine of 40,000 rubles (about 650 euros at the current exchange rate), a-t -she indicated on her Telegram account.

Her lawyer, Dmitry Zakhvatov, told AFP that the journalist was convicted on the basis of a message she posted on Facebook.

She had already been sentenced at the end of July to pay a fine for the same reason. Two convictions less than six months apart pave the way for a criminal case, with potential much heavier legal consequences.

Ms Ovsiannikova, who continues to strongly criticize the offensive in Ukraine despite the legal threats, also shared the text of her defense, all in irony, which she read before the judge on Monday.

“I admit that it was indeed […] America and Europe that led to the fact that in Russia there is no longer any freedom of speech, independent court or free election, or that people are imprisoned for calling for peace,” she said.

Ms. Ovsiannikova shot to fame in mid-March after appearing on the set of a pro-Kremlin TV channel she worked for. During her speech, she carried a sign denouncing the offensive in Ukraine and the “propaganda” of the media controlled by the power.

1) Fox News CEO Suzanne Scott: It is with great sadness and a heavy heart that we share the news this morning regarding our beloved cameraman Pierre Zakrzewski. Pierre was killed in Horenka, outside of Kyiv, Ukraine.

Images of his gesture went around the world. Many people hailed her courage, in a context of repression of all critical voices in Russia.

However, she is not unanimous within the Russian opposition, some still reproaching her for her past years to work for the Pervy Kanal channel, the mouthpiece of the Kremlin.

After having worked several months abroad, notably for the German newspaper Die Welt, she had announced the start of July returned to Russia to settle a custody dispute over her two children.