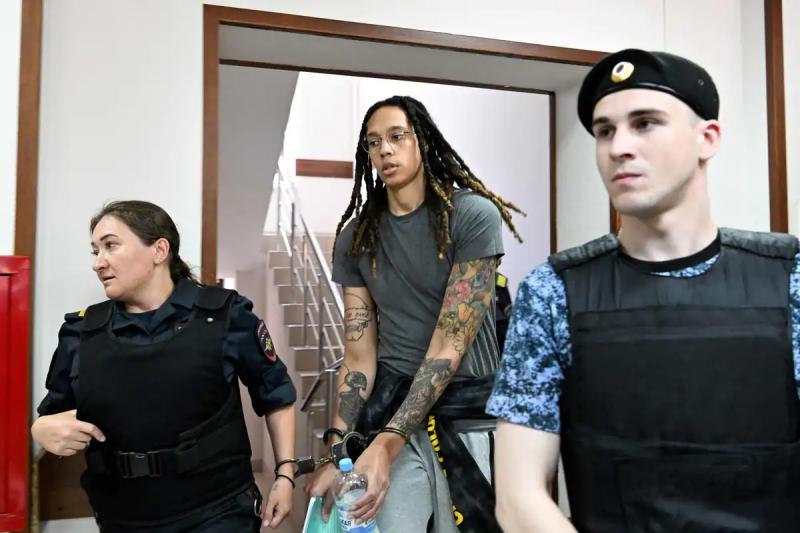 The trial of American women's basketball star Brittney Griner for smuggling drugs opened on Friday behind closed doors in Russia, a case with strong political overtones given the extent of the Russian-American antagonism.

“The trial has started,” Polina Vdovtsova, the spokeswoman for the court in Khimki, a town on the outskirts of Moscow, told the press.

The partial closed session, with a limited presence of the media in the courtroom, was decided at the “request of the defense, at the request of Griner herself,” she added.

The Phoenix Mercury player came to Russia in February to play there during the American off-season, a common practice for basketball players who sometimes earn more abroad than at home.

It's up to Upon arrival at Moscow's Sheremetyevo airport, the double Olympic gold medalist with the United States (2016, 2020) was arrested in possession, according to the charge, of vapers and a cannabis-based liquid.

She faces up to 10 years in prison.

The US authorities initially kept a low profile on her case, which was not revealed to the general public only on March 5.

Against the backdrop of continued deterioration in Russian-American relations, particularly with the conflict in Ukraine, the highest authorities in Washington then seized on the matter and declared that Russia was “unjustly” detaining the 2m03 star, aged 20. 31 years old.

His case is in the hands of the United States Special Envoy for Persons Taken Hostage.

Based on Russian case law in similar cases, the young woman must expect a heavy sentence, to be served in a Russian penal colony.

In April, ex-US Marine Trevor Reed, sentenced to nine years in prison in Russia for violence, was exchanged for a Russian pilot , Konstantin Yaroshenko, imprisoned in the United States since 2010 for drug trafficking.

Other exchanges of this type would be the subject of talks.