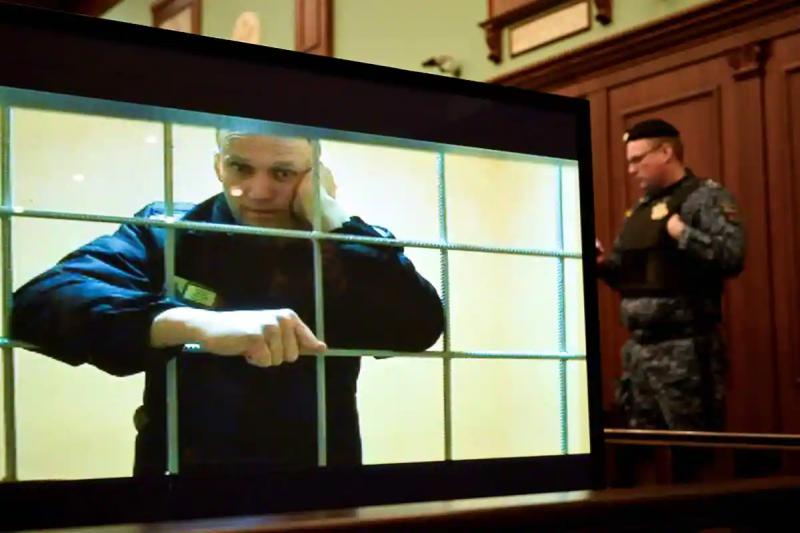 The opponent and anti-corruption activist Alexeï Navalny, imprisoned for a year and a half in Russia, said on Monday that he was placed in a disciplinary cell after having undertaken to form a union of prisoners.

“Hello everyone from the mitard. Union struggle is never easy, but what about unions in prison,” he wrote in a post on social media.

He says he was placed in solitary confinement for three days for breaking the rules by unbuttoning the top of his convict outfit. According to him, the management threatened to make this jail “his permanent residence” if he did not change his attitude.

He describes his cell as a “concrete doghouse” with a chair, retractable bed, sink and “a hole in the floor”. At the moment, it is “very hot”. “At night you feel like a fish lying on the shore,” writes Navalny.

“I am a model of responsible drinking. In my cell, there is only a cup and a book. They give a spoon and a plate only at mealtimes,” he says, with his usual irony.

Two cameras observe him. Visits and mail are prohibited. An hour's walk a day “in a similar cell, but with a bit of sky”. He says he is entitled to paper and a pen every day for an hour and a half.

“I am sitting on my iron bench in front of my iron table. I'm writing this message and I'm going to write instructions for the zeks (Russian prisoners, editor's note) on their rights to work, as long as they don't take the paper from me.”

Last week, Alexei Navalny, 46, said he started a union in his prison near the town of Vladimir — 200 km east of Moscow — where he works in a sewing workshop.

He claims to have won “his first victory” by having the stools of the inmates working in the workshop replaced by chairs.

In March, Alexei Navalny was sentenced to nine years in prison under a “severe” regime for charges embezzlement which he considers fictitious.

He had been arrested in January 2021, on his return to Russia after being treated in Germany following a serious poisoning which he attributes to the Kremlin , which the latter denies.