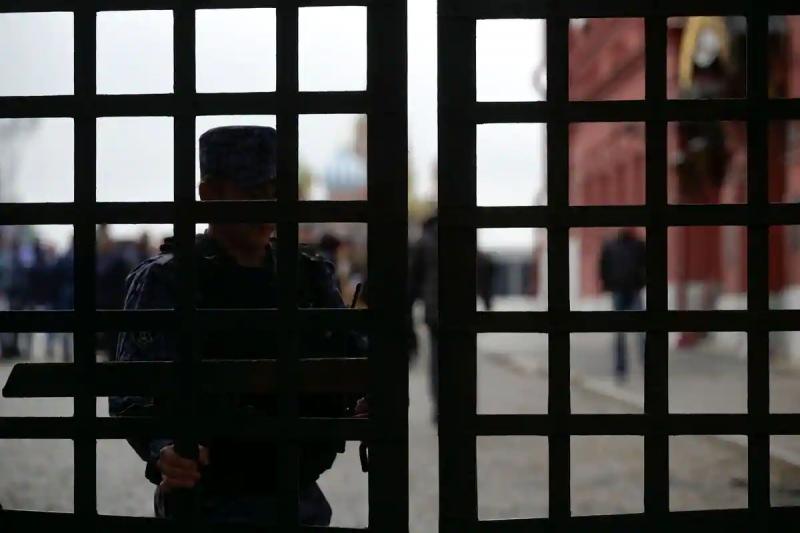 MOSCOW | A Russian court on Wednesday ordered the imprisonment of three young poets who took part in a literary reading against the mobilization to fight in Ukraine, one of them claiming to have been raped by the police during his arrest.

According to the specialized NGO OVD-Info, Artiom Kamardine, Egor Chtovba and Nikolaï Daïneko have been remanded in custody for two months.

According to this source, they are suspected in an open investigation for “incitement to hatred with threat of use of violence”. If charged, they face up to six years in prison, as Russian authorities currently crack down on criticism of the conflict in Ukraine.

On Sunday, the three men took part in a verse reading in front of the statue of the poet Vladimir Mayakovsky in the center of Moscow, a place where dissident intellectuals already gathered during the Soviet period.

At the start of the readings, a man claims it is a military 'anti-mobilization' action – ordered in Russia last week – according to video of the event posted on the opposition YouTube channel 'Mos Piket”.

“Do you remember what the terrorists in Donetsk and Lugansk were called eight years ago? The militiamen,” says Artyom Kamardin, referring to the capitals of the two pro-Russian separatist territories in eastern Ukraine.

He then recites one of his poems entitled “Kill me, militiaman!”.

At the end of the text, he launches: “Glory to the Rous” of kyiv; New Russia, fuck you!. It mentions respectively the medieval Slavic state which partly covered Ukraine and Russia, and the New Russian imperialist project to create Russian territory in southern and eastern Ukraine.

The next day, Artiom Kamardine was arrested during a search of his home. According to his lawyer Leonid Solovev, quoted by independent Russian media, he claims to have been beaten and raped with a dumbbell during his arrest.

The Telegram channel 112, close to Russian law enforcement, has published a video showing the young man, on his knees, offering an apology.

During a speech in court on Wednesday evening, filmed by the independent media SOTA, Artiom Kamardine claimed that the apology had been obtained “under torture”. At the hearing, he appeared with marks and a bandage on his face.

Nikolaï Daïneko was arrested on Sunday during the poetry readings and was fined for “unauthorized demonstration”. He was released and arrested again on Monday, according to OVD-Info.