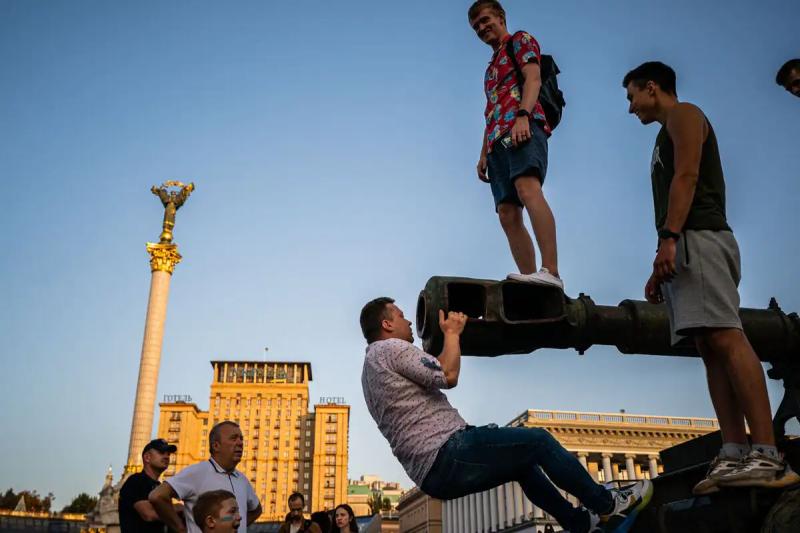 Russia is seeking to engage Ukraine in new negotiations to have time to restore its military capabilities and launch a new offensive, an adviser to the Ukrainian presidency told AFP on Monday.

For weeks, the Kremlin “has been trying to convince Ukraine to enter into negotiations” to “freeze the conflict while preserving the status quo in the occupied Ukrainian territories”, said Mikhaïlo Podoliak in the sixth month of the war launched by Moscow .

Russia “transmits its proposals through various intermediaries”, he added without naming them, while according to Kyiv no political contact with Russia currently exists.

Turkish President Recep Tayyip Erdogan, who met his Russian counterpart Vladimir Putin in early August before visiting Ukraine on Friday for the first time in six months, had already repeatedly declared himself ready to play the intermediary between Kyiv and Moscow .

Ukraine believes that in reality Moscow “does not want a serious peace dialogue” but seeks “an operational pause for its army” before to launch “a new offensive” against its neighbor, according to Mr. Podoliak.

Kyiv, for its part, rejects any negotiated solution for the territories under Russian occupation, which it aspires to take back, as well as those under the control of pro-Russian separatists in the East and the Crimea annexed in 2014.

“All other scenarios ( …) only represent a dangerous operational pause before a new round of the war”, said Mr. Podoliak, while assuring that “the Ukrainians will resist as long as it takes”.

“It's an existential war, we have no other solution. Giving up the fight will mean not only the destruction of the Ukrainian state but also that of all its civilians,” he insisted.

From the first negotiations between Kyiv and Moscow to the first weeks of the war had not given results.