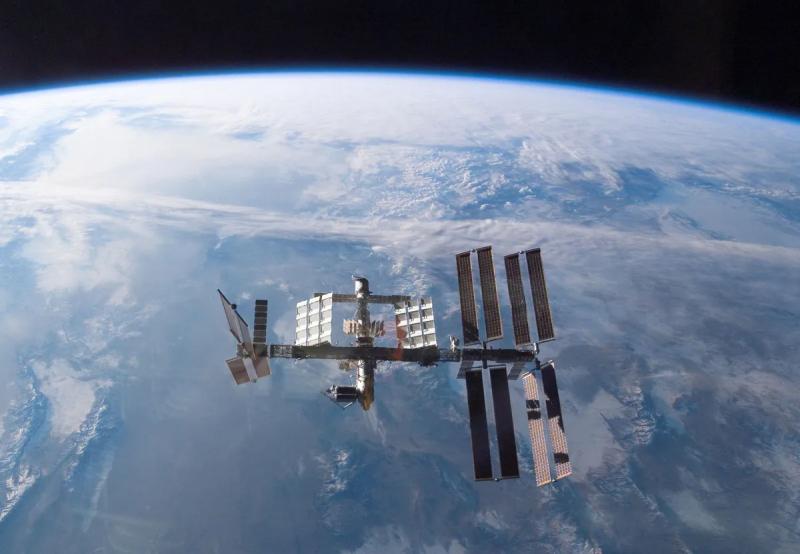 Russia announced on Tuesday that it would stop participating in the International Space Station (ISS) “after 2024”, raising the question of its survival, amid Russian-Western tensions due to the offensive in Ukraine.

A model of international cooperation bringing together Europe, Japan, the United States and Russia, the ISS began to be assembled in 1998. Its retirement was planned for 2024, but NASA estimated that it could operate until in 2030.

Russia plays a key role in keeping the station in orbit, but some of its ships are affected by Western sanctions due to the assault on Ukraine.

The Russian announcement of wanting to withdraw from the ISS comes ten days after the appointment at the head of the Russian Space Agency (Roscosmos) of a new boss, Yuri Borissov, who replaced Dmitri Rogozin, known for his abrasive style and his outrageous nationalism.

“We will undoubtedly fulfill all our obligations with regard to our partners” from the ISS, declared Mr. Borissov, received at the Kremlin by Russian President Vladimir Putin, “but the decision to leave this station after 2024 has been made”.

A few minutes later, Nasa said it had not received “official” notification of such a withdrawal after that date.

“I think by then we will start creating the orbital station Russia”, which will be “the main priority” of the national space program, Mr. Borissov continued.

“The future of Russian human spaceflight must be based above all on a systemic and balanced scientific program so that each flight enriches us with knowledge in the space domain”, he specified.

For the Russian space analyst Vitali Egorov, this decision will mean “a break of several years for Russian manned flights”, because Russia is a long way from having its own infrastructure in orbit.

According to Mr. Egorov, even “with the most generous funding, it will take at least ten years”.

Thus, the Russian company RKK Energia, which designs and builds Soyuz spacecraft, said on Tuesday that the construction of the Russian orbital station would not begin before 2028.

“If the decision on its construction is taken by the end of the year, the first stage will begin in 2028 with the launch of an energy and science module by an Angara rocket,” RKK Energia's general builder Vladimir Solovyov was quoted as saying. public news agency RIA Novosti.

Until his appointment as head of Roscosmos in mid-July, Mr. Borissov, 65, held the portfolio of Deputy Prime Minister in charge of the Russian military-industrial complex, which includes the space domain.

< p>He mentioned, in front of Mr. Putin, a “difficult situation” in the Russian space sector and indicated that he wanted to provide “above all the space services necessary for the Russian economy”, citing in particular navigation, communication and data transmission.

These are all areas where Moscow is lagging behind the Americans.

Russian-Western cooperation in the space sector has been weighed down by the offensive launched by Russia since February 24 against its Ukrainian neighbor.

The Western sanctions taken in the wake partly affect the Russian aerospace industry and risk having effects on the ISS, some supplies of which could be disrupted.

Mr. Rogozin, the previous boss of Roscosmos, had already hinted that because of this Russia was going to give up on the idea of ​​extending the life of the ISS until 2030.

He had claimed in March that without the Russians, the ISS will crash to Earth because only the Russian side has the means to correct the orbit of the 500-ton structure.

If Russia has the ambition to relaunch independently in the space race, it has nonetheless faced serious problems for years, in particular endemic corruption, which hinder its programs and innovation.