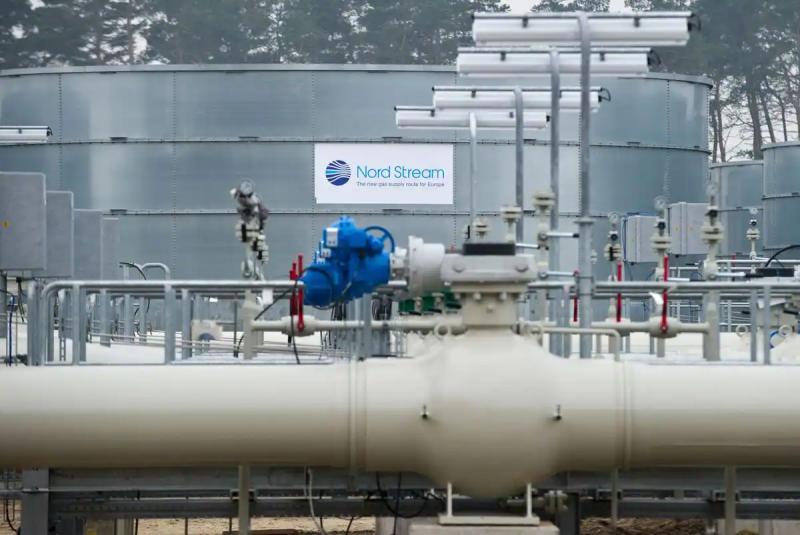 Russia reopened the gas tap to Europe by restarting the Nord Stream gas pipeline on Thursday, but uncertainty remains about the quantities transported via this essential pipe to avoid an energy crisis this winter.

“It works,” a Nord Stream company spokesperson told AFP early in the morning.

After ten days of annual maintenance, deliveries were to resume around 04:00 GMT in this pipeline which directly connects the Siberian gas fields to northern Germany, from where the gas is then exported to other European countries.

But in the context of the war in Ukraine and the showdown between Moscow and the West over energy, Europe was prepared for the energy company Gazprom, owner of the gas pipeline, to turn off the tap for good.

However, no data was yet available on the volumes of gas sent through the pipeline on Thursday. These volumes will be known later today.

Wednesday's announcement of scheduled deliveries to the pipeline's German endpoint in Lubmin had given hope that the pipeline would be back in service .

According to data transmitted by Gazprom to Gascade, the German network operator, the pipeline should deliver 530 GWh during the day.

It would be only “30%” of its capacity, according to the boss of the German Network Agency, Klaus Müller. It would also be ten points less than before the works.

Arguing that there is no turbine under maintenance in Canada, Gazprom has already reduced deliveries via Nord Stream since mid-June.

Even a restart at 40% of capacity would be insufficient to guarantee the supply of private individuals and businesses throughout the winter.

To avoid a major crisis, the European Commission on Wednesday proposed a plan to reduce gas demand by 15% in the short term, denouncing a new use of gas “as a weapon” by the Kremlin.

< p>In Germany, Gazprom's main customer, shortages could occur as early as February if the flow does not increase, according to assessments by the Federal Network Agency. A halt in Russian gas supplies would reduce the value of German GDP by almost 5 percentage points between 2022 and 2024, the International Monetary Fund (IMF) has calculated.

Nord Stream transports about a third of the 153 billion m3 of gas purchased annually by the EU. However, Vladimir Putin suggested this week that the gas pipeline could only operate at 20% of its capacity as of next week.

The fault, according to the Russian president, of the turbines which equip the pipeline and which Russia has made a new instrument of pressure on Westerners.

A first of these turbines, which supply compressor stations, has just been repaired in Canada in the factories of the German group Siemens. It is still being sent to Russia.

But a second turbine must, according to Vladimir Putin, go for maintenance next week, likely to further halve deliveries.

< p>Gazprom's decisions on gas deliveries have been seen from the start as “political” by the German government, which has repeatedly accused Russia of using turbine problems as a “pretext”.

While gas shortages are feared this winter, the explosion in the cost of energy is already being felt, threatening recession in European economies which are barely recovering from the COVID-19 pandemic.

Individuals “will be shocked when they receive a letter from their energy supplier” with a tripling or even quadrupling of the bill at stake, alerted Klaus Müller, president of the Federal Network Agency, to encourage the population has reduced its consumption.

The urgency is already there for the first gas storer in Germany, and as such the biggest customer of Gazprom: the energy group Uniper risks bankruptcy if it does not does not receive state aid in the very short term.

For lack of Russian gas, he has to shop on the cash market where prices have exploded. An entry of the State into the capital should be announced, Berlin fearing cascading effects comparable to a “Lehman Brothers” of energy in the event of the group's bankruptcy.