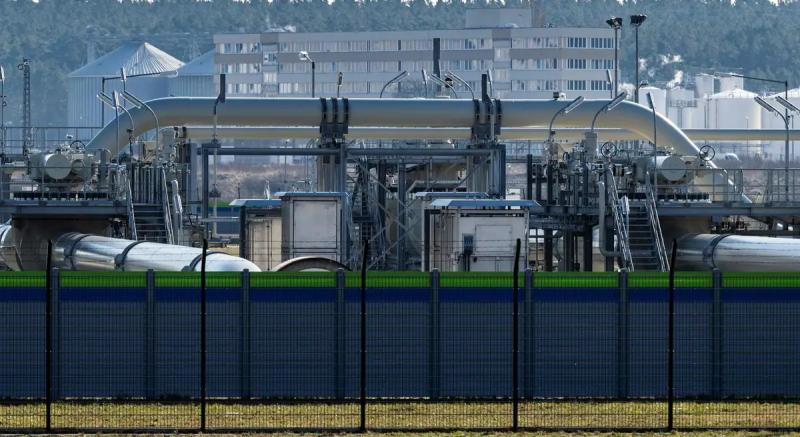 Germany and with it Europe entered a period of great uncertainty on Monday over the continuation of their imports of Russian gas, already greatly reduced in recent weeks and which could soon dry up completely.< /strong>

The Russian giant Gazprom began maintenance work on the two Nord Stream 1 gas pipelines in the morning, which carry a large quantity of its gas, which is still delivered to Germany and several other countries in Western Europe.

“Nord Stream is stopped (…) which means that the gas is no longer circulating,” the German Ministry of the Economy confirmed to AFP on Monday.

This stoppage for ten days of the two pipes, announced for a long time, was in theory only to be a technical formality. But in the context of the war in Ukraine and the showdown between Moscow and the West over energy, no one can bet on what will happen next.

“There are many scenarios in which we could be plunged into an emergency situation,” Federal Network Agency Chairman Klaus Müller warned on ZDF television on Monday.

“Putin going to turn off the gas tap for us… but will he ever open it again?” Germany's most read daily newspaper, “Bild”, worried on Sunday.

“Preparing for the worst”

“We are facing an unprecedented situation, anything is possible,” German Vice-Chancellor Robert Habeck admitted over the weekend on public radio.

Moscow, citing a technical problem, has already reduced gas deliveries by Nord Stream by 60% in recent weeks, a decision denounced as “political” by Berlin. Elsewhere in Europe, Gazprom has done the same, reducing its supplies to some countries and cutting them off completely to others.

Berlin therefore worked hard to convince Canada on Saturday to return a turbine to it intended for Nord Stream 1, which was undergoing maintenance in the country. And this despite protests from Ukraine.

Germany did not want to give Moscow an additional argument to interrupt its gas deliveries. German Chancellor Olaf Scholz, speaking through his spokesperson on Sunday, “welcomed the decision of our Canadian friends”.

Berlin also argues that, for technical reasons, it would be difficult for Gazprom to stop its deliveries via Nord Stream, the gas exploited in the Siberian field being “under pressure” and not being able to be stored eternally. “It's not like a water tap,” Habeck said.

Since the start of the war, Germany has closed another Russian gas pipeline which was due to come into operation – Nord Stream 2 – and is making efforts to reduce its dependence, but it is still significant: 35% of its gas imports come from of Russia, compared to 55% before the war. And more than 50% of household heating is still provided by gas.

A lasting shutdown of Nord Stream 1 would not only penalize Europe's largest economy: usually, the gas that arrives in Germany continues to ship to all of Europe.

In France, the Minister of the Economy Bruno Le Maire called on Sunday to “quickly get into battle order” to deal with the possibility of a total cut in supplies, “the most likely option”.

A prolonged halt in deliveries would therefore aggravate the energy crisis in which Europe is already struggling, with prices soaring and the fear of a very difficult winter.

In Germany, the authorities are already thinking about rationing plans, and calling for savings.

“We must do everything to save gas now, optimize heating, discuss with the family, prepare industries – we are not powerless” , hammered Monday Klaus Müller, boss of the federal network agency. The giant BASF is considering putting some of the employees on partial unemployment if the shutdown were to be prolonged.

The Chamber of Deputies already adopted a symbolic savings plan for it on Thursday: more heating in the above 20 degrees in winter and more hot water in individual offices.