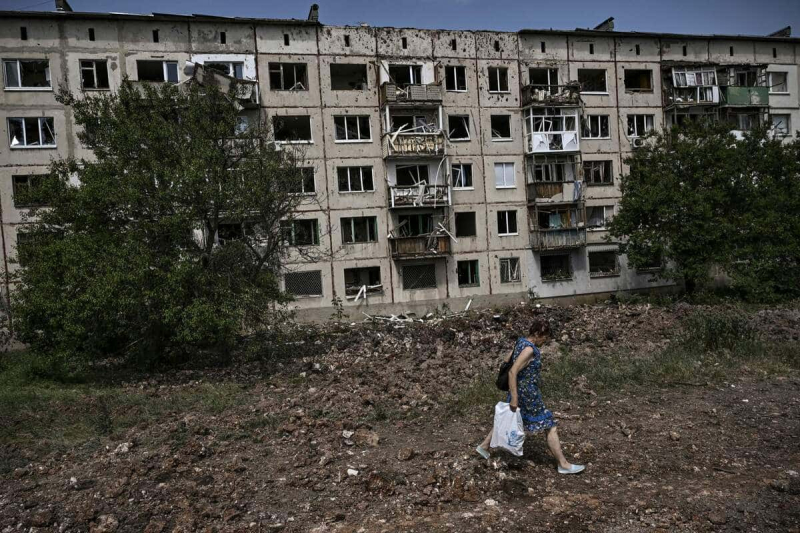 The leader of the Russian paramilitary group Wagner, Yevgeny Prigozhin, claimed on Wednesday morning that his fighters had taken control of the Ukrainian town of Soledar after intense fighting this week, adding that “urban battles” are continuing.

“Wagner's units have taken control of the entire territory of Soledar,” Prigojine said through his press service on social media, noting that fighting has taken place. place in the center of the city, making the extent of the Russian group's control over the city uncertain.

AFP was unable to verify its statements.

Mr. Prigozhin said the “number of prisoners” will be made public on Wednesday.

Ukraine said its army was resisting attacks in Soledar, located in the Donetsk region, some 15 kilometers of Bakhmout, which Russia has been trying to conquer for months.

Both sides reported intense and bloody fighting in Soledar.

Mr. Prigozhin posted a photo of himself in military uniform, surrounded by posed Wagner Group fighters, but did not say where the snap was taken.

The state news agency Russian RIA Novosti released another photograph of Mr. Prigozhin with armed fighters, stating that it was taken in the Soledar salt mines.

The influence in Russia of Mr. Prigozhin and his paramilitary group has grown significantly since the beginning of the Russian invasion of Ukraine in February 2022.