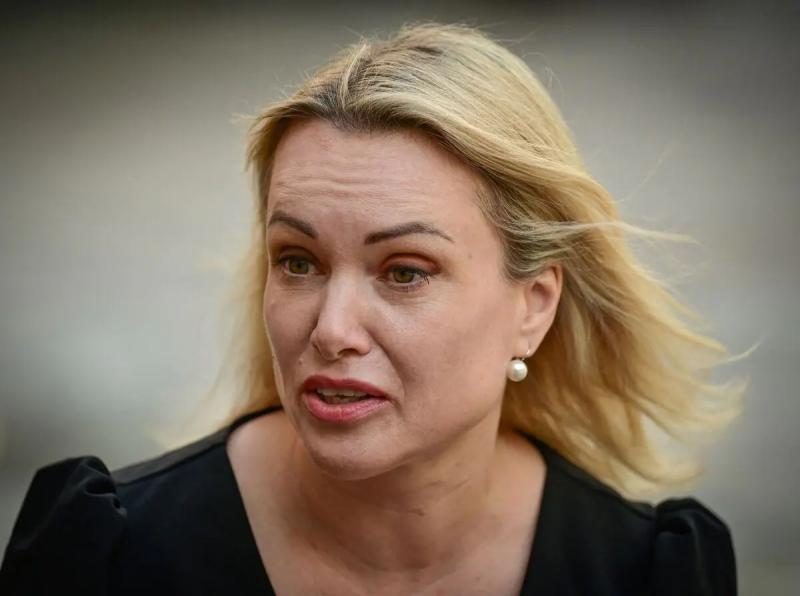 Russian journalist Marina Ovsiannikova, who rose to fame after interrupting a Russian state channel newspaper with a poster against the offensive in Ukraine, was arrested on Wednesday for “discrediting” the military , said his lawyer.

“We are currently with the investigators. An investigation has been opened” against Ms. Ovsiannikova for “disseminating false information” about the Russian army, lawyer Dmitry Zakhvatov told AFP. “She was arrested,” he said.

Investigators must now decide whether Marina Ovsiannikova, mother of two minor children, will be remanded in custody or remain free pending trial, according to the same source.

Since late July, Ms. Ovsiannikova has already been fined twice for “discrediting” the Russian military, including on the basis of posts criticizing the offensive in Ukraine published on social networks.

Two convictions less than six months apart pave the way for a criminal case, with potential much heavier legal consequences.

Ms. Ovsiannikova became famous in mid-March after appearing in full newspaper , on the set of a pro-Kremlin television channel for which she worked. During her speech, she carried a sign denouncing the offensive in Ukraine and the “propaganda” of the media controlled by the power.

A woman rushed onto a Russian state-run Channel One broadcast tonight with an anti-war sign.

“Stop the war. Don't believe the propaganda. They're lying to you,” it reads. pic.twitter.com/9jdlbcH8Ri

The images of his gesture went around the world. Many people hailed her courage, in a context of repression of any critical voice in Russia.

However, she is not unanimous within the Russian opposition, some still reproaching her for her past years to work for the Pervy Kanal channel, the Kremlin's mouthpiece.

After having worked several months abroad, in particular for the German newspaper die Welt, she announced at the beginning of July that she had returned to Russia to settle a dispute related to the custody of his two children.

Russia, which has already been engaged for many years in a repression of the voices critical of the Kremlin, has considerably hardened since the assault on Ukraine its criminal arsenal against those who denounce Russian power.