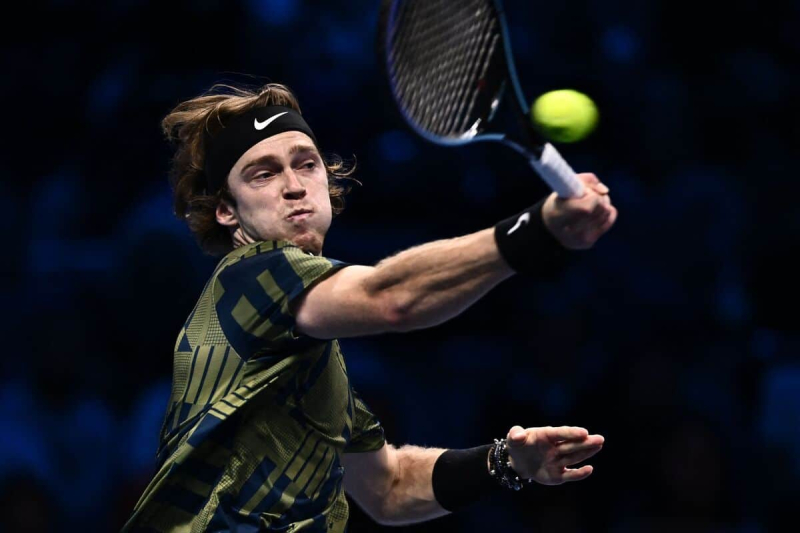 TURIN | He had just won a real marathon at this ATP final. A meeting snatched from his compatriot Daniil Medvedev, so exhausting that once the match point had been won, Andrey Rublev let himself fall on the floor of the Pala Alpitour in Turin, exhausted.

< p>But when he got up, after the usual handshake to his rival then to the referee, after having greeted the crowd, the Russian went to sign the camera lens.

And as he had in Dubai, when his country had just invaded Ukraine, rather than the usual dedication, the sixth favorite went there with a call for peace.

Monday opened in Bali the meeting of the G20, but in a press conference after his victory of 6-7 (7), 6-3, 7-6 (7) at the expense of his friend, the Russian assured that he there was no connection between this particular day and his message.

“I have already made several statements on this subject this year, he commented at a press conference. Today I had another opportunity [to deliver a message] and I did what I felt. »

« We were two Russians on the pitch. It's not something I had in mind, it just came naturally to me,” he added.

When asked if he feared reprisals from his country, where such action is not allowed, Rublev replied that he “did not know”.

But he reiterated the importance of “peace” in the world. “It's important, especially in our time,” the Moscow native continued. We have internet. We have an easy life. We can travel, play sports, take care of our family.

“No one wants to suffer […], but many countries are suffering. This is why I believe it is important to come together and advocate for peace. »