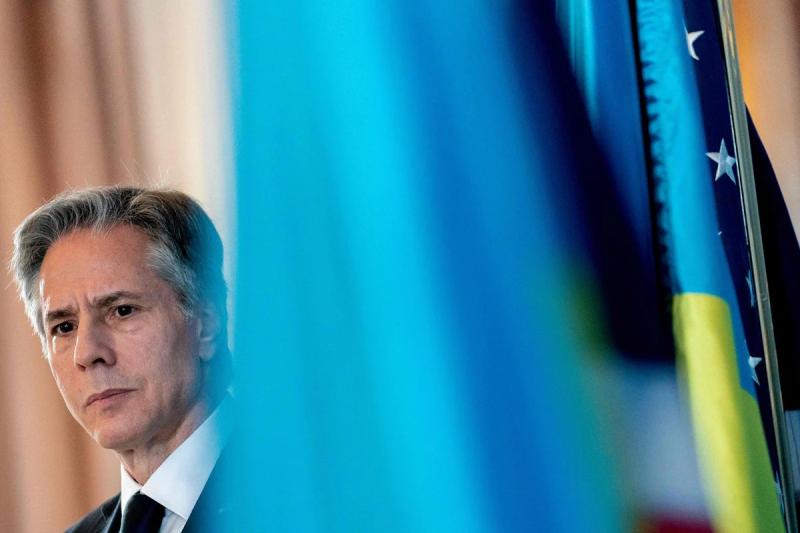 KIGALI | Secretary of State Antony Blinken voiced US human rights concerns in Rwanda on Thursday during talks with President Paul Kagame in Kigali, the final leg of his African tour aimed at thwarting influence Russian.

He particularly addressed the fate of the hero of Hotel Rwanda, Paul Rusesabagina, who has been serving a 25-year sentence since last year. jail time for “terrorism” and has permanent resident status in the United States.

Antony Blinken was speaking during a brief visit to Rwanda, the third and final leg of his African tour after South Africa and the Democratic Republic of Congo (DRC).

This mini-tour, his second in sub-Saharan Africa since taking office, comes shortly after that of Russian Foreign Minister Sergei Lavrov, who visited Congo-Brazzaville, Egypt, Ethiopia and Uganda in July.

“As I said to President Kagame, we believe that people in all countries should be able to express their opinions without fear of intimidation, imprisonment, violence or any other form of repression,” Mr. Blinken.

He also highlighted US “concerns” regarding the “lack of fair trial guarantees” provided to Paul Rusesabagina.

The family of the latter had precisely indicated in a press release that they hoped from Mr. Blinken that his “direct engagement” would help put an end to their “nightmare” and that of their loved one, whose health is deteriorating according to her.

Paul Rusesabagina, 68, was made famous by the film Hotel Rwanda, released in 2004, which tells how this moderate Hutu who ran the Hôtel des Mille Collines in the Rwandan capital saved more than 1,000 people during the genocide of the Tutsi in 1994. In May, Washington considered that he was “unfairly detained” by the Rwandan courts.

Before the arrival of the Secretary of State, civil society and NGOs had called for an American position on the question of human rights, Human Rights Watch calling on Mr. Blinken to “urgently signify (in Kigali) that there would be consequences for the repression and abuses carried out by the government in Rwanda and beyond.”

Echoing this, Rwandan opposition leader Victoire Ingabire told AFP that Mr. Blinken should “raise the issue of imprisoned journalists and politicians” for opposing the government of Paul Kagame.

< p>The US Secretary of State also indicated that he had discussed with Mr. Kagame the issue of alleged support for a rebel group in the DRC, the M23, a subject he had raised the day before in Kinshasa.

“Any support or cooperation with any armed group in eastern DRC endangers local communities and regional stability, and each country in the region must respect the territorial integrity of the others,” Blinken said on Thursday.

According to a report by experts commissioned by the United Nations, and consulted in early August by AFP, the Rwandan army has “launched military interventions against Congolese armed groups and positions of the Congolese Armed Forces since November 2021 and until June 2022. Kigali has categorically denied.

The M23 is a former Tutsi-dominated rebellion defeated in 2013, which took up arms again at the end of last year, blaming Kinshasa of not having respected agreements on the demobilization and reintegration of its combatants.

Kinshasa accuses Kigali of supporting this rebellion, which Rwanda denies.

On Monday, the States United have unveiled an all-out overhaul of their policy in sub-Saharan Africa nothing in which they intend to counter the Russian and Chinese presence, and in particular to develop non-military approaches against terrorism.