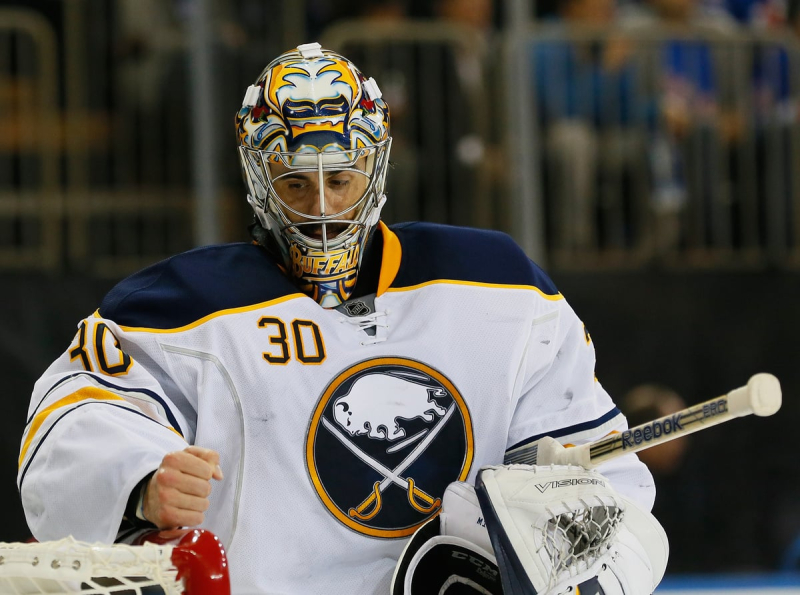 Many years ago, in his first steps in the National Hockey League (NHL), Ryan Miller had a pretty crazy fantasy that finally came true some twenty years later: that of seeing his jersey retired by the Buffalo Sabres.

The New York State team paid tribute to the one who defended their goal for a decade on Thursday evening before a game against the New York Islanders at KeyBank Center.

In an interview with the site NHL.com, Miller said that as early as 2002, during a visit to the amphitheater, he had dreamed of joining a very special trio among the legends of the Sabers: that of Quebecers Gilbert Perreault, Richard Martin and René Robert.

“I was walking here and I saw the “French Connection” and the Tim Horton number, which were the only jerseys in the heights at the time. I started imagining things. I looked up and thought, 'Wow, I signed a contract with a pro team. We have banners up there, that would be nice, right?” It's a real dream come true, “said the man who saw his number 29 jersey hoisted to the heights of the arena.

His jersey is also alongside that of another goalkeeper, Dominik Hasek, who welcomed him in a video on the giant screen. Miller is also the winningest goalie in Sabers history with 284 wins.

A chance to win every night

The 42-year-old American is the eighth player whose jersey has been retired by the organization. Between his debut and his retirement in 2021, Pat LaFontaine (16), Danny Gare (18) and Hasek (39) were also honored.

Eighteen former Sabers players, including Quebecers Jason Pominville and Derek Roy, but also former Montreal Canadiens Thomas Vanek, were present at the ceremony. The Austrian was very complimentary to his ex-teammate.

“He was the backbone of this team. With him, you knew he was ready every night. It's what made him the ultimate professional and the keeper he has been for his entire career. For me, as a player, I knew we had a chance to win every game because we had Ryan Miller,” Vanek said.

Current Sabers players got the message too. Dylan Cozens broke a 2-2 tie after just 12 seconds of overtime. The KeyBank Center exploded with joy.

“The building was shaking. On a night like this, when the stands are full and celebrating the career of such an incredible player for this organization, Ryan Miller, you really want to win, Cozens said. It really motivated us to win for him on this special night and to win for the fans who came out.”

Miller also played for the St. Louis Blues, the Canucks of Vancouver and the Anaheim Ducks during his 18 season NHL career. He concluded with 391 victories in 796 duels.