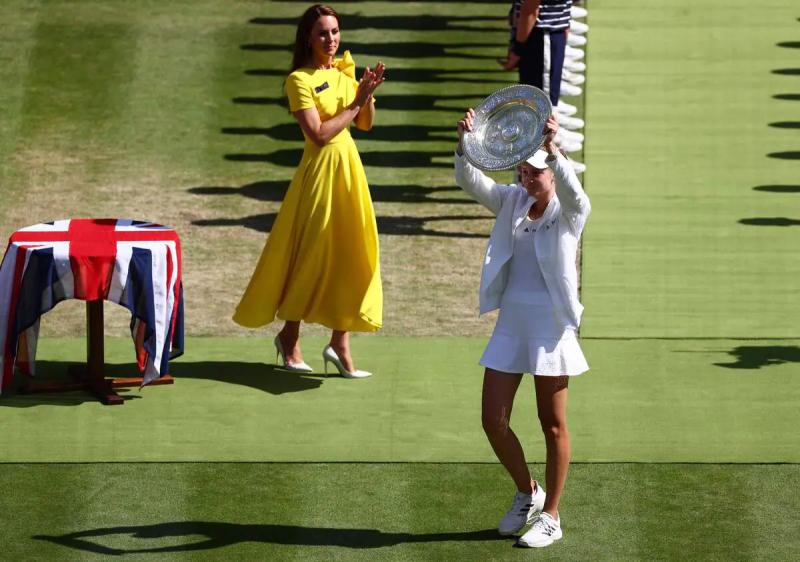 Kazakh's Elena Rybakina won her first major title with her victory over Tunisia's Ons Jabeur at Wimbledon on Saturday.

23-year-old Rybakina years, had never made it past the quarter-finals of a Grand Slam tournament (Roland-Garros 2021).

Born in Moscow, she brings to Kazakhstan, from which she took the nationality in 2018, his first major title, men and women alike.