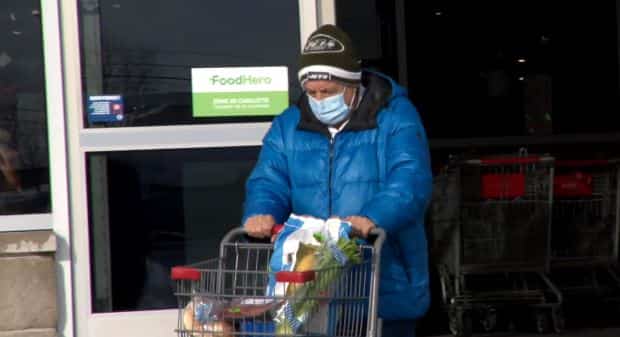 Social distancing is increasingly difficult to respect in businesses in Saguenay–Lac-Saint-Jean as the holidays approach; however, despite this increased traffic, a minority of customers wear the mask even though public health strongly recommends it in public places.

“I don't wear it, but I'm not against the idea,” said an IGA customer located on Talbot Boulevard in the borough of Chicoutimi.

Several of them not adhering to the recent public health recommendation. Of the 40 people who walked through the doors of the supermarket between 9:30 a.m. and 10 a.m. Monday morning, only five customers were wearing their masks, according to what a team from TVA Nouvelles was able to observe.

“I wear it all the time,” said another customer. We traveled a lot in Japan and since wearing a mask is almost universal, it has become a habit for us too.”

At Walmart located across the street, in 10 minutes, two customers in their 40s who entered the business had their face coverings on.

“I don't feel like wearing it anymore, especially since I have asthma,” said a young woman I met in the parking lot.

“I don't wear it,” said another. My children are at daycare and are already bringing all the viruses back to me, so that's enough.”

“I've been wearing my mask to work for three years and I never take it off,” Linda said. Tremblay, an employee of Chic lunette located in the Place du Royaume shopping center. I protect others in addition to protecting myself.”

Like other merchants, she notes that a minority of customers wear a mask, but that they are still more likely to wear it than 'they weren't a month ago.

“It has increased a little yes, she pointed out. I would say that we see more in the morning than in the afternoon because there are more elderly people.”

“For two weeks, there are more who wear it” , also noted the owner of the Bijouterie aux Rubis, Richard Talbot.

Public health reminds us that hand washing remains important. A simple gesture that many people have also let down.