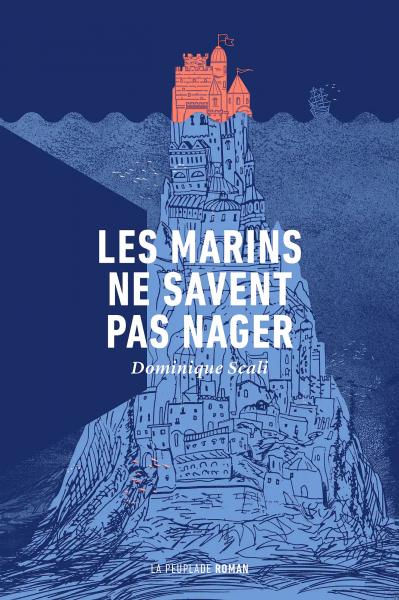 You have to think big to capture the air of the sea, which Dominique Scali does magnificently in a story that tastes of salt and adds myth to an already mythical island.

Let's travel to the island of Ys, born of a Breton legend; let’s settle into an 18th century furnished to the author’s taste; let's cross paths with a nine-year-old child: Danaé Poussin.

And let ourselves be seduced by the rhythm of a tale, nicely titled Sailors don't know how to swim , which will be deployed on 700 pages.

You have to take the time to unravel the story of Ys and its sailors. Where does the divide between the City of the Island and its shores come from? how to understand the rules that make you a citizen; what wars once tore the residents apart…

All of this will be transmitted to us little by little, as Danae encounters.

A rare talent, but little envied

This little orphan stands out from the others because not only is she curious, but she can swim. It is a rare talent that no one envies him. After all, as popular wisdom has it, if you fall into the open sea, swimming only delays the inevitable drowning…

Over time, because we will follow it until his death, Danae will live in the different communities that populate Ys, and even in his City, so difficult to access.

A myriad of characters will sneak by his side.

This is how the whole construction of a civilization is presented to us: how an elite is created, why ignorance is maintained; which swells revolts, which feeds superstitions…

All around, there is the sea, whose tides structure the landscape and whose storms cause shipwrecks which spit out the dead and shipwrecks. All these objects to be collected ensure, what an irony, the survival of destitute populations.

The sea is also an opportunity for showing off, acts of true courage and great moments of anguish , for sailors as well as for those who hope for them.

For such a story to carry us away, we still need a language that sticks to the subject. The author has created one, rough like reefs, tasty like sea air, ancient and shifting like sand underfoot.

Dominique Scali thus confirms that she is the great writer heralded by In Search of New Babylon, his astonishing debut novel which surprised in 2015, and which takes place in the Wild West.

Once again, his story is of such richness that summarizing it quickly turns out to be reductive. Let us rather quote two sentences…

“The ocean revealed itself in its curvature and its immensity, its crash below and its tranquility in the distance. » You have to know how to listen to it, specifies Danae, because it has a language of its own, a harmony in the cacophony: “What makes the sea a sea is that all its contradictions exist there at the same time . ”

The amazing thing about this novel is that it demonstrates the same prowess as the ocean.