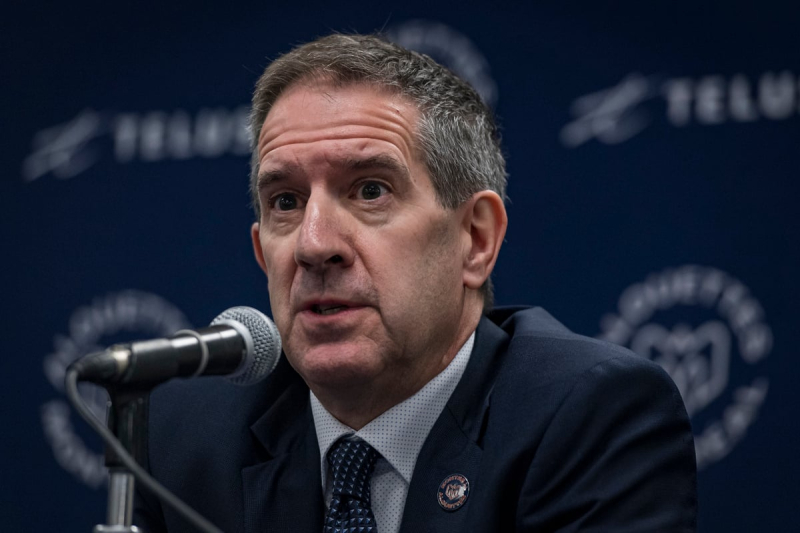 Mario Cecchini persists and signs: the Montreal Alouettes are not for sale.

“The owners reiterated to us that the team is in good hands and that it is not for sale,” said the club president on Tuesday in the end-of-season report from the leaders of the organization.

Speculation about a possible sale of the “Als” has been rife since late August, when minority owner Gary Stern was sidelined by the estate of Sid Spiegel. The three heirs, that is to say the children of the man who died in 2021, own 75% of the Alouettes, while Stern owns the balance.

We therefore asked Cecchini if ​​he officially announced that there would be no team sale process during the next off-season.

“I am not announcing anything, because it was never discussed” , he replied.

“Since the majority shareholders became more present last August, we have not made an announcement and there has been no reflection in this direction. We never communicated anything other than stability and that the team was not for sale.”

In light of these remarks, it is possible to wonder if the organization do not want the details of a possible sale to be known to the general public, as was the case the last time. Or, Cecchini may not be informed of the intentions of the heirs, as it may be that their objective is really to remain the owners of the Montreal team.

It would obviously be easier to get to the bottom of the real intentions of the heirs if they agreed to meet with the Montreal media. At the moment, that doesn't seem like a possibility.

“The family wants to be very discreet. It's a group of owners who don't want to be up front, Cecchini said. That being the case, we started discussing the possibility of them being a little more present.”

The president of the Alouettes also met the heirs for the first time in a face-to-face meeting during the semi-final of the Eastern section of the Canadian Football League (CFL). It was November 6, more than two months after the change of custody…

Cecchini, however, wanted to warn those who believe that the heirs are not really passionate about the owning a CFL team.

“Don't assume Sid Spiegel's kids aren't interested. When I saw them at our game, they were interested and they asked good questions.

“We'll see how it all develops, added Cecchini. This is a situation that is not common and we live with it. We are doing the best we can.”

“We are focused on the work we have to do with the administrative team, the players, the sponsors and the fans. When these four elements are satisfied, normally, the shareholding is also satisfied.