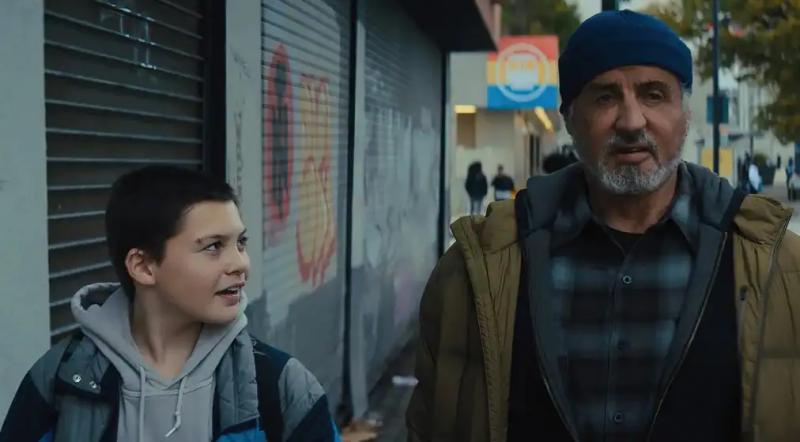 Yes, even Rocky/Rambo is riding the current wave of masked or unmasked vigilantes.

“Samaritan” should have hit theaters in November 2020. A pandemic and a few postponements later, then the purchase of MGM studios by Amazon last March resulted in the release of the feature film on the digital platform.

The action film written by Bragi F Schut (“Escape Game”, released in 2019) has, in the meantime, become a comic published by Mythos Comics in 2014. Taking up the traditional codes of the genre, the Samaritan of the title is, you must have guessed it. , a good Samaritan.

Having mysteriously disappeared 20 years ago, an indestructible vigilante named Samaritan has become a legend in the town of Granite City. When this feature film begins, the metropolis has become a place of violence, where the thugs reign supreme. Young Sam (Javon Walton, seen on the small screen in “The Umbrella Academy”) quickly finds himself in the crosshairs of Cyrus (Pilou Asbæk), a local kingpin. One day when Sam is chased and beaten by a group of young people, a certain Joe (Sylvester Stallone), a municipal garbage collector, comes to his aid. Obviously, Sam realizes that his defender is, in fact, the famous Samaritan.

Everything in the feature meets the codes of Stallone's films – he is the producer of this one via his company Balboa Productions – since we find the good and upright man, solitary and self-effacing, who has set himself the mission of helping the poor, the kid in distress, his honest single-parent mother, etc. A few action scenes prove, moreover, that the former interpreter of Rocky and Rambo still has the same sense of humor and that he can still handle a few weapons, even if we feel that the fights have been choreographed for an actor over 70 years old – oh yes, and the special effects allow you to see him, the time of a scene, rejuvenated by computer.

“Samaritan” in no way reinvents the wheel and is so predictable that only hardcore Stallone fans will appreciate.