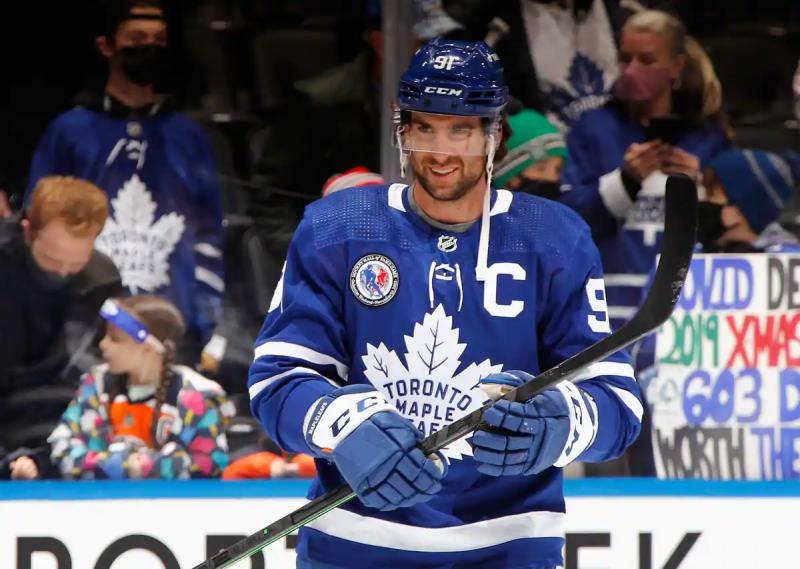 The Toronto Maple Leafs will have a core of players virtually identical to those of past years and again in 2022-23 they will enter the season hoping for a different result in the playoffs.&nbsp ;

The offensive strike force of the Ontario team leaves no doubt, which is among the best in the National League every year. However, these successes have never been able to transpose when the spring ball begins.

Making the playoffs in each of the last six seasons, the Leafs have never won a single series. Forwards Auston Matthews, John Tavares, Mitch Marner, William Nylander and defender Morgan Rielly, who account for just over $48 million on their club's payroll, will once again be the most sought-after skaters to bring down this bad luck.

“Each person's journey is different,” admitted Matthews, whose comments were picked up by the National League site on Friday. We believe in our group and we are very motivated after coming up short. It just fuels our fire. But we believe we are in the right position and that we are one of the best teams in the league.”

“This is a great proof of confidence in our group and an opportunity to change our history” , added Rielly, on the fact that the core of the team has remained intact.

The last few years have been particularly difficult for the Leafs in the playoffs. Among their most recent first-round failures, they spurned a 3-1 series lead against the Montreal Canadiens in 2021, only to lose in seven games.

Last season, they amassed several team records, including wins (54) and points in the standings (115), but they were unable to overcome the Tampa Bay Lightning, who triumphed in seven games.

The last time the Leafs won a single playoff series was in 2003-04. Since that time, they have lost each of their seven first-round series, including six times in an ultimate game.

“We're not happy with how the playoffs have gone in the past few years,” Rielly said. Last year we were talking about an opportunity to get a rematch and prove we could get past it all, but we didn't, so we'll keep saying that.

“ We are focused and confident in this group, and it is up to us to get the expected results. Whenever you have the chance at redemption, with a group that had their hearts broken the year before, it's a pleasant opportunity.”

If the core remains untouched, support players , they had to leave, while others joined the Maple Leafs. Thus, goalkeepers Jack Campbell and Petr Mrazek, as well as forwards Ilya Mikheyev, Ondrej Kase and Jason Spezza are no longer part of the team. Goalkeepers Matt Murray and Ilya Samsonov, defenders Jordie Benn and Victor Mete, as well as forwards Calle Jarnkrok and Nicolas Aubé-Kubel have however been added to the group.