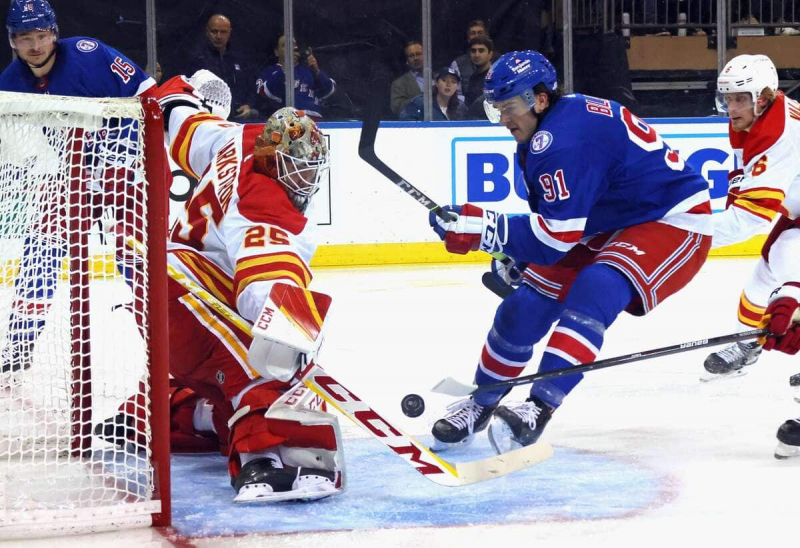 Quebec's Samuel Blais is expected to return to action on Monday night when his New York Rangers host the Anaheim Ducks after a nearly year-long absence due to various injuries.

After suffering a torn anterior cruciate ligament in his right knee on Nov. 14, Blais missed his team's first three games with an upper-body injury. And the least we can say is that he is impatient.

“He wanted to play, but as coaches, we told him: 'Sammy, we're not going to put on the ice if you're not ready to play. The last thing we want is for you to make your situation worse,” head coach Gerard Gallant hinted on Sunday, according to the official website of the National Hockey League (NHL).

The Red Wings will try to maintain their perfect record without Tyler Bertuzzi on Monday against the Los Angeles Kings in Detroit, as the forward will miss four to six weeks of activity in due to an upper body injury.

The forward appears to have been hit in the hand when he blocked a shot on Saturday against the New Jersey Devils. He did not return to the game afterwards.

Bertuzzi had his best season of his career in 2021-2022 with 30 goals and 62 points in 68 games. He began his seventh season in the National Hockey League this weekend.

The Red Wings defeated the Montreal Canadiens 3-0 on Friday, then the Michigan club followed up with a victory of 5 to 3 against the Devils the next day.