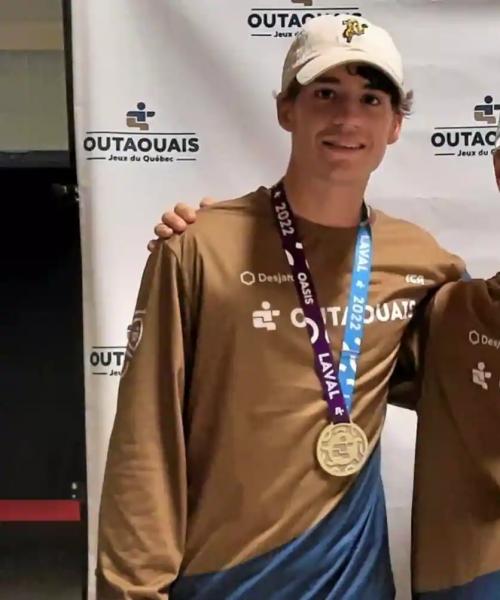 Samuel Fontaine, who was selected by the Remparts in the last draft of the Quebec Major Junior Hockey League, has many talents, he who won a gold medal in golf at the current Quebec Games , played in Laval.

Fontaine, 15, teamed up with Rowan MacDonald when they won Wednesday's “two-ball, best-ball” event in the youth category.

In hockey, Fontaine was chosen in the eighth round of the auction by the Quebec Remparts in July. The forward from Gatineau played with the Intrépide de l'Outaouais last season at the midget hopeful level. He also took part in a few games in the Midget AAA League, with the Gatineau Intrepid.

Welcome to the Quebec Remparts family! 🤝