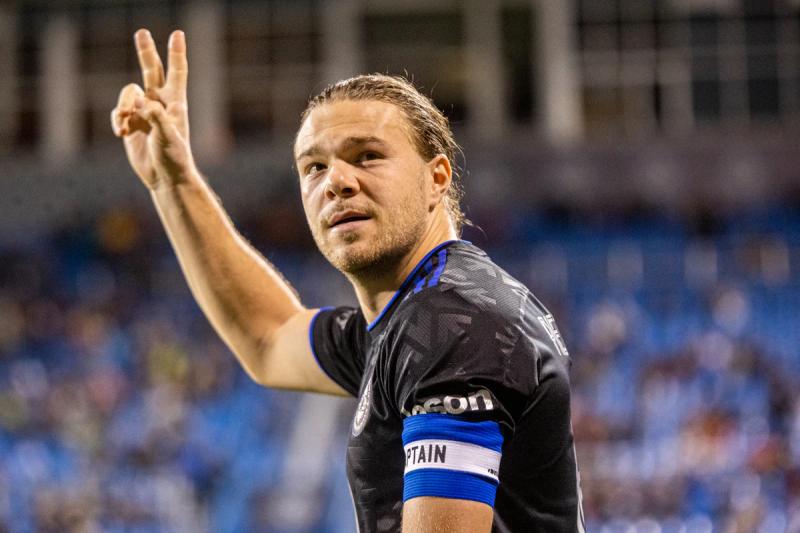 Over the past six seasons, we have had time to discover the defensive talent of Samuel Piette, but this season, we realize that he is also capable of contributing to the attack.

His two assists in the last two games show that his palette is wider than one could imagine.

“I wanted to bring something more to my game,” Piette said Thursday. It's something I've always had, but with the players we had or the style we played, it wasn't always possible.”

“The center I I put Romell [in Houston], yes you need the center, but you also need a player at the other end to put her in otherwise my center is not worth much and we don't talk about it today. »

It's not for nothing that Piette wears the captain's armband, he is able to step aside to leave the spotlight to his teammates. Thus, he does not want to take all the credit.

He also takes the opportunity to highlight the attacking quality of the team and especially the diversity of the attack.

“ Before these two assists, I was able to bring something offensively without being decisive.”

“We have so much attacking quality and so many options, we don't just have a Nacho Piatti or a Romell Quioto. We have Djordje Mihailovic, we have Mason Toye, we have Ali [Alistair Johnston] on the right and [Lassi Lappalainen] on the left. It becomes complicated for the opponents and it means that the players who are more behind, a simple pass can end up as an assistance.

Wilfried Nancy did not miss the opportunity to highlight the leadership qualities of his midfielder.

“Sam is an example of leadership. It is thanks to him that we have results. What he does off the pitch, the cohesion we have in the group, is partly thanks to him.”

“It warms the heart, replied Piette. Sometimes you do things the impact of which you don't see directly. I try to be a good teammate, a good captain, a good person, a good buddy, a good dad.”

“I think it's not just me who is good in all of that. I know it's cliché to say that, but we have such a good dressing room, I think it's the best I've had since the start of my career and I think it shows on the pitch. That's why we're successful.”