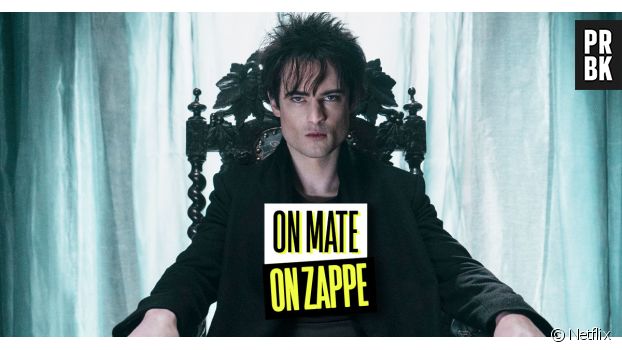 New series alert on Netflix! This Friday, August 5, 2022, the platform is posting the 10 episodes of Sandman, adapted from the comics by Neil Gaiman with Tom Sturridge. Do we watch or skip this fantastic series? PRBK has seen the 10 episodes and we give you our opinion, without spoilers of course!

Morpheus is the king of dreams, one of the seven Eternals who form his large family. After a ritual, he finds himself trapped and held captive for over 100 years. When he returns, he discovers that his kingdom is in ruins and will embark on the perilous mission to bring it back to its glory. But obstacles stand in his way: one of his nightmares has escaped from the realm of dreams and is terrorizing the world of the living. And that's only the beginning of the problems…

Our opinion on Sandman

Since the beginning of his career, Neil Gaiman has entertained fantasy fans, whether in comics or novels. Several of his works have already been adapted for television such as American Gods and Good Omens. What if Sandman, based on the comics of the same name from the DC universe, does not arrive until 2022, it is not because no one had had the idea to adapt it until now. The saga has 75 comics, published between 1989 and 1996. In the 90s, a film project was launched… but never came to fruition. It will therefore have been necessary to wait almost 33 years after the publication of the 1st issue to see this universe on the small screen.

Above all, be warned: to love Sandman, it is better to adhere to the universe of Neil Gaiman, that is to say a rich and 100% fantasy universe where divine beings and other powers are the kings. We reassure you, no need however to have read the comics to understand the story (this is not our case). The Netflix series easily lays the foundations and, even if we feel the richness of the universe from the start, we are not lost. Visually, it's simply sublime, as was American GodsBesides. The special effects are more than successful and the visual universe is just as rich as the story it helps to tell.

However, we were a little destabilized by certain choices of narration. For example by the fact that some episodes are completely closed, almost like a procedural episode while others (towards the end of the season) are more serial. Because of this, we sometimes feel a little frustrated at not seeing certain characters like Lucifer (played here by Gwendoline Christie and not by Tom Ellis) or Johanna Constantine (Jenna Coleman). Other characters only make small appearances despite having great potential (perhaps to save some for Season 2?).

Anyway, Tom Sturridge perfectly embodies the hero Morpheus, a dark and mysterious character. The actor could also enter a competition with Henry Cavill for the prize for the character who makes the most mouth in a series.

Fantastic series at its heart, Sandman flirts also with horror, especially with an episode 5 from which we do not come out completely unscathed. But it also offers more philosophical moments about life and death.

Our opinion on Sandman, available on Netflix

Sandman is a rich series that will appeal to all fantasy fans. We feel that Netflix has put the package behind this production and the result is up to it either visually or in the messages it conveys. We easily fall under the spell of this series which has a bright future ahead of it.