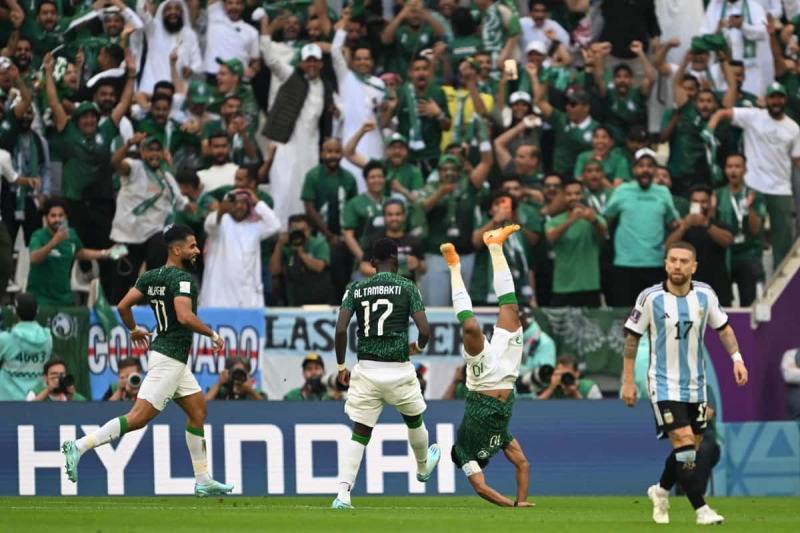 King Salman of Saudi Arabia proclaimed a public holiday on Wednesday, the day after the historic victory of the Saudi selection Tuesday against Argentina (2-1) when entering the running in the Global, state media report.

The monarch “orders that tomorrow, Wednesday, be a public holiday for all employees in the public and private sectors, as well as for all male and female students at all levels of education,” relayed the Al-Ekhbariya television channel on Twitter.

This public holiday comes at the height of the education exam period. Events will therefore have to be rescheduled.

The channel broadcast photos of the Crown Prince, Mohammed bin Salman, celebrating the victory of the “Green Falcons” in the company of several personalities, including the Minister of 'Energy, Prince Abdelaziz bin Salman.

At the final whistle, scenes of jubilation erupted in the streets of the capital, Riyadh, where Saudis danced for joy while motorists waving the national flag through the lowered windows of their vehicle.

Saudi Arabia, who occupy the top of Group C after the draw between Poland and Mexico (0-0), will face Poland Saturday before completing his first round on November 30 against Mexico.