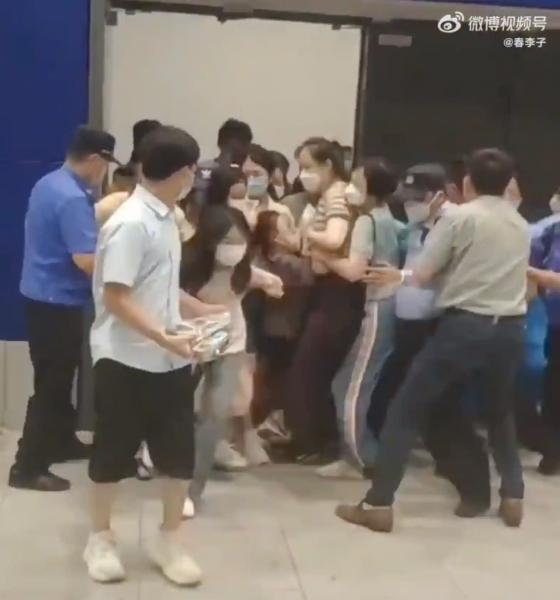 The fear of confinement for a single contact case caused panic scenes in Shanghai last weekend at an Ikea store, according to viral images verified by AFP.

China applies a strict health strategy in the face of COVID-19: quarantine of people who test positive, targeted confinements or generalized and compulsory PCR tests.

In the spring, the economic capital Shanghai had been confined for two long months, in response to the worst epidemic outbreak in the country for two years.

Saturday for a single contact case in an Ikea store, the authorities attempted to retain all customers of the Swedish furniture giant, in view of a quarantine.

In other images, customers can be seen running away in a panic by what appears to be to be an emergency exit from the Ikea store in Xuhui district.

Security officers overwhelmed by the crowd struggle to keep the doors closed.

This kind of scene is not unusual in China.

Also in Shanghai, employees took to their heels on Friday after a contact case in an office building in the Huangpu district, according to images verified by AFP.

The draconian measures to fight against the virus, including the systematic placement of positive cases in quarantine centers, has recently provoked the exasperation of part of the population in China.

At the beginning of the month, 80,000 tourists were confined on the tropical island of Hainan (south), a popular destination in China at this time of year.

While some have since been able to return to their hometowns, tens of thousands of holidaymakers remain trapped on the island.

Exasperated, one party protested last weekend, demanding a meeting with local officials, according to footage verified by AFP.

As of 2020, the country has kept its borders closed for foreign tourists, due to the pandemic.