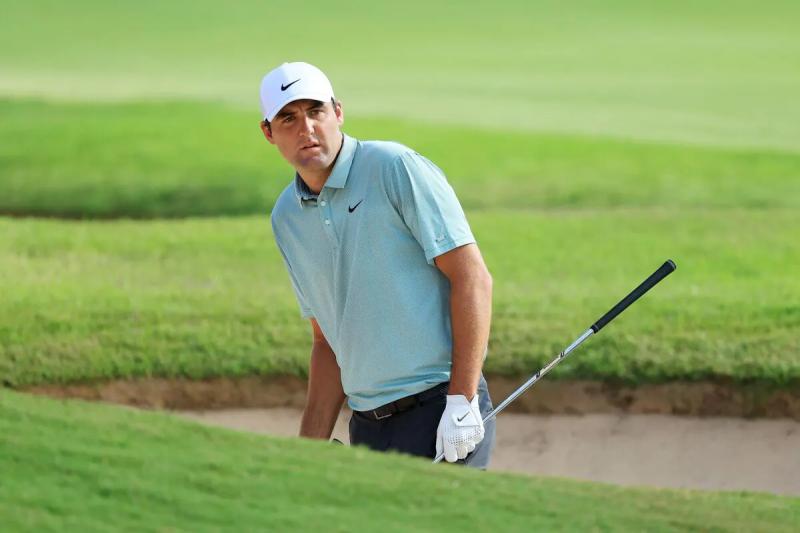 American Scottie Scheffler was having a frustrating day until the third round was interrupted by thunderstorms on Saturday at the PGA TOUR Championship, but he still holds a priority of one. second place.

Scheffler, who, let's remember, started the tournament at -10 thanks to his FedEx Cup ranking, had to settle for playing par in 12 holes before the end of hostilities. He scored a birdie and a bogey, keeping his cumulative card at -19.

Fellow countryman and playing partner Xander Schauffele continued to close the gap but had a rollercoaster day. He had four birdies, but failed three times, which puts him in second place at -18.

Sungjae Im held on by dropping his score four shots before being stopped at the 14th pennant. He completes the top 3 at -16, one stroke ahead of Rory McIlroy.

Among the golfers who have had time to complete the course in Atlanta, Hideki Matsuyama is the one who has done the best. The Japanese climbed six places to take the ninth place thanks to an impressive round of 63 (-7).

As for him, the Canadian Corey Conners was not able to improve his spell. He shot 71 (+1) and regained the bottom of the field, tied with Americans Scott Stallings and Sahith Theegala.

In all, 14 golfers saw their day end prematurely and will have to complete their third round on Sunday morning.

Cameron Smith, next member of LIV?

Australian Cameron Smith, the second player in the world, would be the next golfer to leave the PGA to join the Saudi LIV circuit.

This has been reported by several sources, including the Golf Channel , Saturday.

Smith is currently tied for 18th in the PGA TOUR Championship after posting a 68 (-2) card on Saturday.