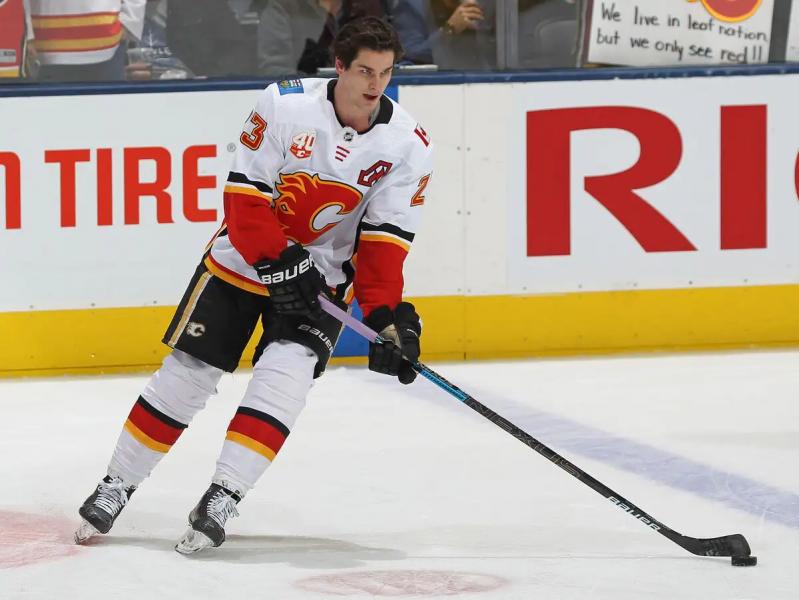 A few hours after being acquired by the Montreal Canadiens, Sean Monahan assured that he was already doing everything possible to regain his former level of play, he who experienced a dizzying drop in production since 2019.

The 27-year-old center player seemed particularly excited about joining the CH during a videoconference on Thursday evening. He also appeared on screen with a Habs cap as a decoration behind him.

Listen to Sean Monahan in the video above.

“I am excited to play high level hockey again and join the Canadiens,” said he indicated. I've only heard good things [about the CH].”

A lot to prove

The Brampton, Ont., native hasn't topped the 30-point mark in the past two seasons. However, in 2018-2019, he had blossomed offensively by collecting 82 points in 78 games.

He has, however, undergone numerous surgeries over the years, the most recent on a hip. Injuries slowed him down to such an extent that he was dropped from the Calgary Flames roster by head coach Darryl Sutter once last year.

“I a lot to prove, especially to myself, he continued. I know I'm a great player, but it's been a bumpy road. When you suffer this kind of injury, it has consequences on your mind.

Monahan maintained that the current summer is of paramount importance to him. He said he trains four times a week on the ice and doesn't take any shortcuts to get back in shape.

“I work very hard. My goal is to be ready from the first day of training camp. I don't want to go back. I feel good mentally, and I want to have an excellent season with the Canadian.”

The CH players have almost all contacted Monahan to welcome him. The former Ottawa 67's is already familiar with ex-Flames teammate Paul Byron, as well as summer training partner Jake Evans.

And while he's happy to turn the page, he admitted that his departure from Calgary is rather heartbreaking, after having spent the first nine seasons of his career there.

“I had mixed feelings, he concluded . [Calgary] has become my second home. But it was time to move on to the next chapter.