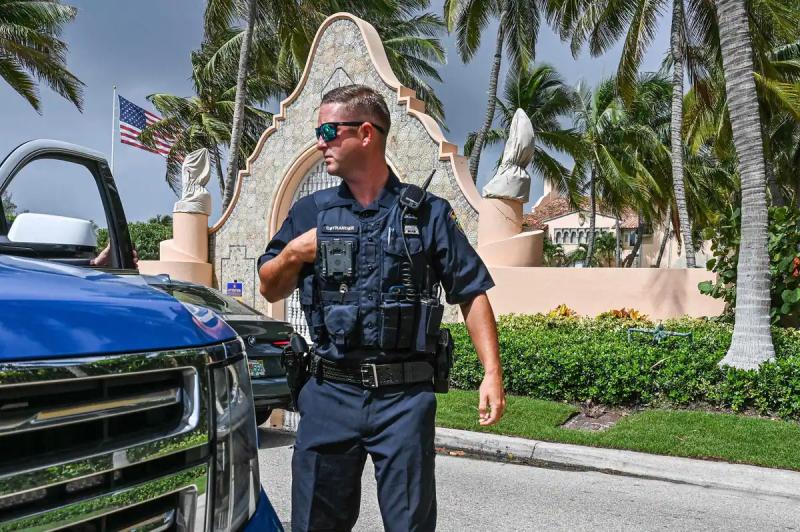 Another political earthquake shook the United States with the FBI's raid of Donald Trump's Florida residence in Mar-a-Lago, an unprecedented event for a former US president.< /strong>

While the ex-president was in New Jersey, around 30 federal police officers showed up at the gates of his luxury residence on Monday and several documents were found. been seized.

It was Donald Trump who was the first to reveal it in a press release, noting in particular that the “nation is living through dark days”. The news spread quickly, feeding the main broadcasts of the channels continuously and imposing itself as front page in the major daily newspapers of the country and the world.

Every corner of the property has been combed late Monday morning, including a Trump safe and even his wife Melania's wardrobe, according to the New York Post. Since then, the Republican camp, still under the influence of the ex-president, has not taken off.

Donald Trump's lawyers were not authorized to attend the search. On Wednesday, the billionaire suggested that evidence against him could have been “placed” during this operation.

Listen to Luc Laliberté, specialist in American politics at the microphone of Alexandre Dubé on QUB radio:

If the Federal Bureau of Investigation (FBI), the federal police, had not revealed the nature of this search at the start, a federal judge in Florida revealed on Friday the details of the warrant and the list of documents seized.

Three federal crimes would thus be presumed in this case, namely violations of the Espionage Act, obstruction of justice and criminal treatment of files, according to CNN.

Recall that American law obliges all former president to forward his emails, letters and any other working documents to the US National Archives at the end of his term.

Donald Trump, however, reportedly left the White House with fifteen boxes of documents, effects which were recovered last January from his residence in Mar-a-Lago, the Republican's real headquarters since the end of his presidency. But some papers would be missing.

“It is this logic that the papers, the communications of the president while he is president, do not belong to him in a personal capacity. It is the property of his administration and all of this, by law, must be handed over to the national archives,” explained Guillaume Lavoie, associate member of the Raoul-Dandurand Chair.

The FBI therefore asked the opening of an investigation into these facts. To do so, a search warrant was assessed and authorized by a judge, leading to Monday's operation.

The warrant had been “personally approved” by Attorney General Merrick Garland to seize documents classified as “top secret” or confidential.

Recall that no charges have yet been filed against Donald Trump in this case.

For many, this FBI decision is judged as “surprising” and “striks the imagination”, whereas other methods could have been used (see text on the side).