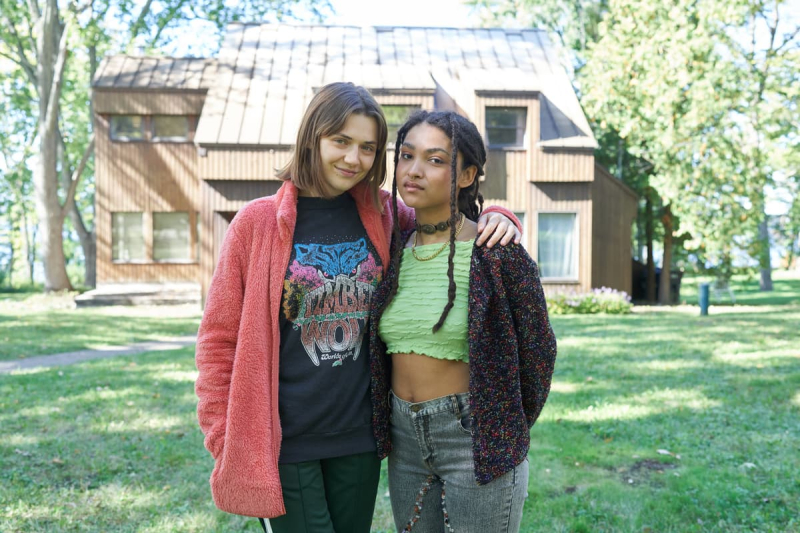 The two teenage girls in search of freedom from the series “Lou and Sophie” have not finished making us see all the colors in the second season, whose story begins three weeks later , in Gaspésie, where the girls procrastinate in a chalet.

But now, the vacation spot is no longer available and money is becoming increasingly scarce, the two friends must return home. Of course, their return does not go as they wished, so they decide to sleep in their vehicle, good old Dolores!

To make money quickly and get a better start, Sophie (Zeneb Blanchet), who somewhat regrets having left theater school, gets hired at the convenience store where Lou (Jade Charbonneau) worked until the two girls robbed the place to finance the purchase of their big Cadillac. As dumb and jaded as ever, Lou accepts a job at his mother Caroline's (Sophie Cadieux) shop because she smells a good deal: she'll steal clothes there to fund their sabbatical through online resale.

“Lou et Sophie” is a quality series. The main actresses are convincing, but it makes you wonder what example you want to give to the target audience by showing them committing armed robbery and stealing clothes to pay for their car trip. It's not like the girls come from incredibly difficult families that they have to move away from without further ado. In the 10 new episodes, Lou and Sophie remain deeply bored by their suburban existence, which is understandable for two 17-year-old girls going through a difficult transition to adulthood. But ensuring freedom by flying, really?

We find of course their friends Arnaud (Tom-Eliot Girard) and Jules (Étienne Galloy), as well as the fathers of Lou and Sophie, Philippe (Hubert Proulx) and David (Martin-David Peters). Caroline still tries to take steps towards Lou, even awkwardly, but her daughter makes her drool and remains closed to dialogue, even if sometimes she smiles or strings together a few tender words.

The series written by Yannick Éthier does useful work when it comes to sexuality – Lou doesn't like sex whereas Sophie takes great pleasure in it – when the dialogue is open between the teenagers and the parents, even awkwardly, and when the girls have various awareness.