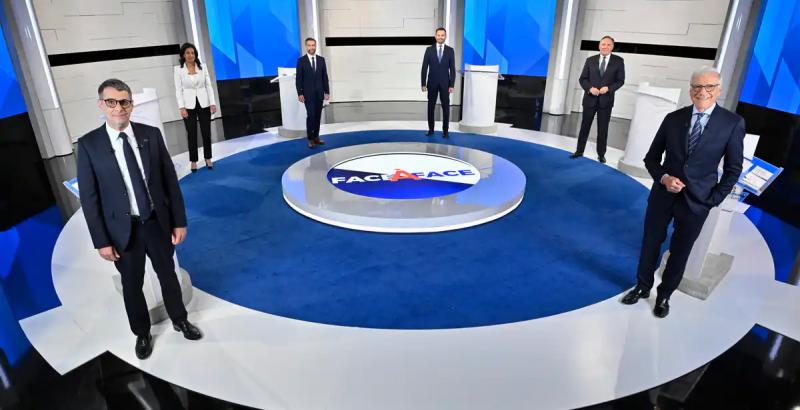 The five Quebec political leaders will face off again this evening during the Radio-Canada leaders' debate. We asked two experts in political communication, Mireille Lalancette, from UQTR, and Philippe Dubois, from ÉNAP, to assess the challenges ahead.

The bar is high for the Liberal leader. “She's a woman who has passion and we didn't feel it during the debate last week […] She must be able to present a vision for the future”, underlines Mireille Lalancette .

In the opinion of Philippe Dubois, tonight's debate is undoubtedly the “last chance for Dominique Anglade to distinguish himself”.

The CAQ leader will have to make people forget his defensive attitude during the first debate. “We had the impression that Mr. Legault did not feel like being there. He must make people want to vote for him,” says Mireille Lalancette.

In his opinion, François Legault has the challenge of encouraging voters to vote. As the victory of the CAQ seems certain, CAQ voters could be tempted not to go to the polls.

Éric Duhaime will have to try to widen its electoral base, according to Philippe Dubois. The Conservative leader, he believes, has a “balancing job” to do.

“As we begin to talk about the possibility that he has had his fill of votes, he faces the challenge of going beyond his electoral base,” said Mr. Dubois.

He will therefore have to try to find a balance between the positions that appeal to his activists and the more moderate positions of other voters who might be attracted to him.

Paul St-Pierre Plamondon may have less ice time this time around. We must expect, believes Philippe Dubois, that his four opponents prevent him from asserting himself because of his remarkable performance during the Face-to-Face last week.

The PQ leader will also have to show that his speech is not monolithic. “He must be able to present us with a social project without sovereignty seeming to be a solution to all problems,” says Mireille Lalancette.

THE TARGET OF ATTACKS

If he wants to form the Official Opposition, Gabriel Nadeau-Dubois must demonstrate that he is able to fulfill this role.

“He therefore risks to be the target of many attacks from Mr. Legault,” explains Mireille Lalancette. According to her, the united co-spokesperson will also have to manage to “retort more to his opponents” than during the previous debate.