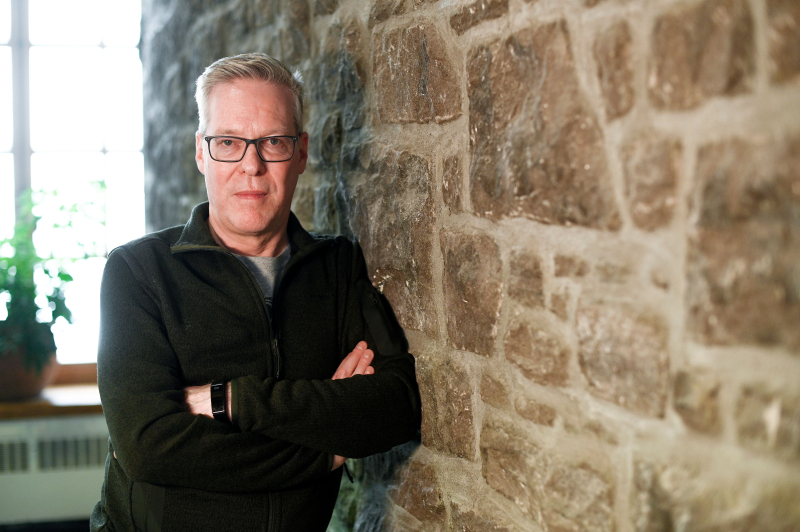 Hervé Gagnon, considered the master of the esoteric thriller, goes back to basics with two powerful myths that have fueled the collective imagination for a very long time: the treasure of the Templars and the origins of Freemasonry. Arcadia, first volume of the new series entitled Sanctuary< strong>, revolves around the legend that before its fall, the Order of the Temple organized the transfer of its treasures to America. More specifically, on Oak Island, Nova Scotia.

This adventure novel is therefore the most recent title of a great Templar cycle that began in 2010 with Damned, followed by Truth and finally The Death of the Temple. Arcadia takes up the unexplored part of the original plot: the fate of the treasure led to La Rochelle by Hugues de Malemort.

In this new epic, 15 men and 15 women led by Matthieu de Conneilles cross the Atlantic – with the perils that entails –, adapt to a new life in an unknown land and hide their treasure in a pit full of traps.

Hervé Gagnon, in an interview, explains that the writing of Arcadia was first done with difficulty, in “esoteric thriller” mode.

“I found that I did not have much basis for the esoteric aspect. I was behind closed doors, I was with Templars, who may be dressed and act like Templars, who are in an unknown land, who face dangers they don't know… I don't m I hadn't noticed that I was writing an adventure novel, quite simply! Everything I've done has always had a strong adventure novel component to it.

From the moment he realized this, everything started to unravel, with a lot of puzzles to solve. Total happiness! “I went to look for all the esoteric symbols I had, all the symbolism of the center in Masonic symbolism. I had fun! »

But where does this famous story of treasure on Oak Island come from, which television has taken over by making a very famous series?

“A legend says that Prince Henry Sinclair would have sailed towards the Nova Scotia in 1398 using the maps of the Zeno brothers,” explains the writer.

“But in fact, the maps of the Zeno brothers no longer exist, we only know copies of them. But it seems that the Zeno brothers' maps indicated latitude and longitude. Thanks to that, they would have made it to Nova Scotia. And we found some remains that are a little surprising.

For example, a few petroglyphs depicting knights have been found on rocks, along with coats of arms of some known Templar families. Coins from the 14th century were found on the beach at Mahone Bay.

“It remains anecdotal and for a historian, it is not evidence,” recalls Hervé Gagnon. “For a novelist, it becomes a motivation, a base. Bad History makes damned good intrigues! »

“ Fifteen men and fifteen women: 15 and 15. You didn't have to be a luminary to conclude that, whatever the destination of the expedition, the Order obviously considered that the group was going to have to… renew itself. The idea repelled him at the same time as it titillated him. To hell with the sacred vow of chastity. Even for the chaplain! Reality had suddenly hit him hard: they were going to found a colony. God only knows where. »