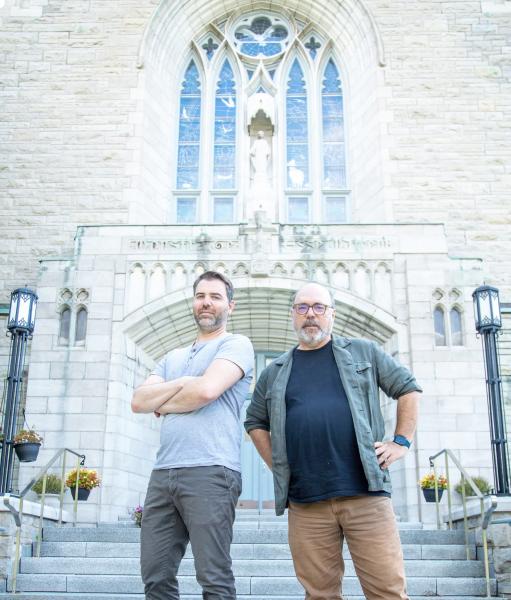 The ways the Catholic Church in Montreal avoided looking into clergy sex abuse for decades are uncovered and detailed in our Office of Counsel's new documentary. “Secrets and Sins of the Church” investigation.

This great report, broadcast on Thursday on the Vrai platform, illustrates the deep flaws in the supervision of Montreal priests. The subject of religious abusers has also returned to the forefront of the news since the recent allegations of sexual assault against Cardinal Marc Ouellet.

The poster for the documentary that will be broadcast on Vrai starting today.

“Secrets and Sins of the Church” gives voice to ex-judge Pepita Capriolo, who published a 276-page report on the case of former priest Brian Boucher in the fall of 2020. learns how Boucher was able to commit his crimes with impunity for 30 years, before being sentenced in 2019 to eight years in prison for assaulting two boys. “This is a severe case of abuse,” comments investigative journalist Jules Richer.

Mr. Richer and the director Manu Chataigner draw up in this great report the portrait of Boucher, a pedophile abuser and expert in manipulation. During their investigation, they interviewed key stakeholders and captured never-before-seen footage, including revisiting the parishes where Boucher's crimes were committed.

Not to be missed

The camera also allows us to discover the secret archive center of the diocese, including all the complaint files under the sole management of the Archbishop of Montreal, Christian Lépine, who demystifies its operation.

“Telling us no [to access the archives room] would have been a sign that they still had something to hide”, raises Mr. Chataigner.

Spokesperson for the victims

To date, the Archdiocese of Montreal has implemented 30 of the 31 recommendations of its report, including the appointment of an “ombudsman”, Me Marie Christine Kirouack. In the documentary, she explains with aplomb her role as an advocate for victims.

According to Jules Richer, the dark side of Boucher is counterbalanced in the documentary by the presence of Pepita Capriolo and Marie Christine Kirouack. These two strong women “were not afraid to put their finger on the many flaws in the Church of Montreal”, says the journalist.

He and his colleague are satisfied to have brought to light their extraordinary work and hope that it will continue to avoid further abuse.

“Things have changed, but it is still shocking to see that even recently, in the 2000s, there was this opacity , this omerta which resulted in a case like that of Boucher”, says Mr. Richer.