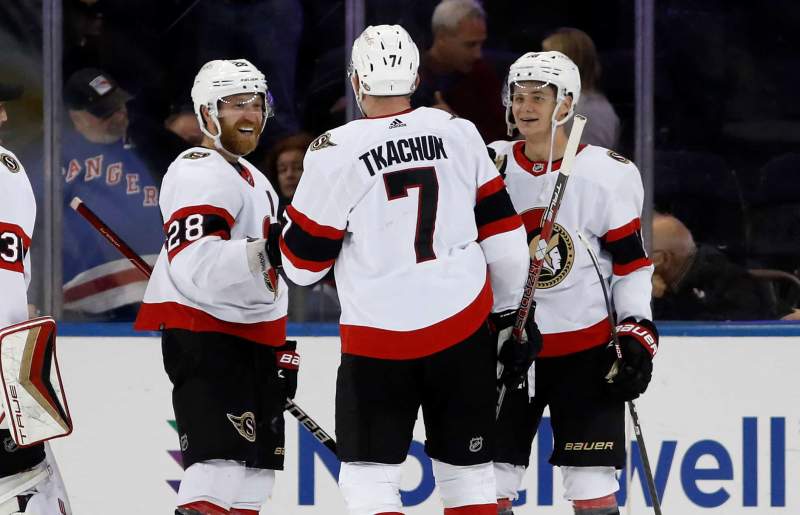 The Ottawa Senators still have some way to go before they catch up with their competitors in the playoff race, but they are in better shape and are finally playing like the fearsome team that many expected to see this season.

Although they remain eighth in the Atlantic Division with 21 points, the “Sens” have something to build on thanks to their four wins in five games, including two consecutive successes, Friday and Saturday. Triumphs 3-2 in overtime over the New York Rangers and 5-2 over the San Jose Sharks delighted everyone in the locker room. Solutions seem easier to find.

“There is a different atmosphere here and I think we know how we have to play to win games. We certainly didn't win enough at home, but we played better away. At least we worked hard to get a win [Saturday at the Canadian Tire Centre],” head coach D.J. Smith told the Ottawa Sun daily.

For Franco-Ontarian Claude Giroux, it was only a matter of time before his people got back on track.

“We had been playing good hockey for a while without obtain satisfactory results. Also, there were a few games where we deviated from our plan. When the results are not there, you start to doubt your way of performing, but you just had to have confidence in our method. Saturday was a good example. It will work, we just have to stick to the plan,” he said.

In Ottawa, General Manager Pierre Dorion's acquisitions over the summer were expected to mean several victories, but they didn't not been there during the first weeks of the regular schedule. Defenseman Thomas Chabot hopes the current successes represent a preview of the rest of the campaign.

“I think it's slowly starting to take shape,” he said. Nobody thinks they're above the rest, but these two straight wins are huge for our group and everyone's confidence.”

In the Atlantic, Ottawa is 10 points behind the third berth and for a playoff berth, there is a seven-point gap to close.

Also, TSN reported that defenseman Artem Zub will miss two to three weeks out of business due to an eye injury sustained on Friday. The Senators host the Los Angeles Kings on Tuesday.