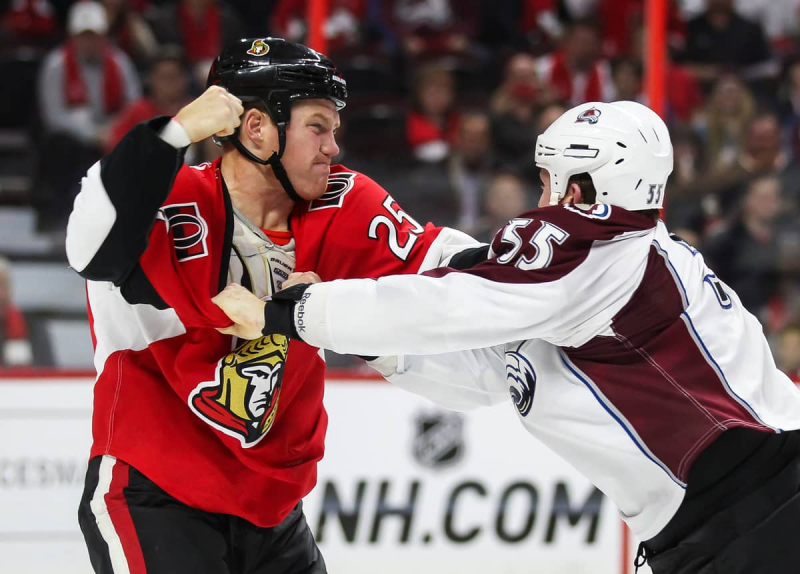 The Ottawa Senators announced Tuesday that they will retire Chris Neil's number 25 on February 17 when the Chicago Blackhawks visit the Canadian Tire Centre. < /p>

Recognized initially for his pugilist skills, Neil was able to contribute offensively as well, with five seasons of at least 10 goals. He played his 1,026 games (112 goals, 250 points) with the Senators.

Appreciated by fans for his aggressiveness and energy, Neil also distinguished himself in the community as he has been involved with dozens of charities.

“Chris Neil was and is everything you want a Senator to be,” Anthony LeBlanc, Senators president of business operations, said in a statement. While his success on the ice has made him one of this organization's most beloved players, his work in the community, both as a player and after his career, has created a unique legacy. His impact on this city is a role model for players across the National Hockey League (NHL).”

“Chris was a first team player, a physical presence who never shied away from a challenge, commented general manager Pierre Dorion. He earned his spot every day through hard work and dedication; he was the quintessential player of character and wore the Senators jersey with as much if not more pride than any other player in the history of this team.”

Neil was the 161st draft selection of the National Hockey League (NHL) in 1998 and played on the circuit from 2001 to 2017. His banner will join those of Chris Phillips (#4), Frank Finnigan (#8) and Daniel Alfredsson (#11) on the ceiling of the Center Canadian Tire.