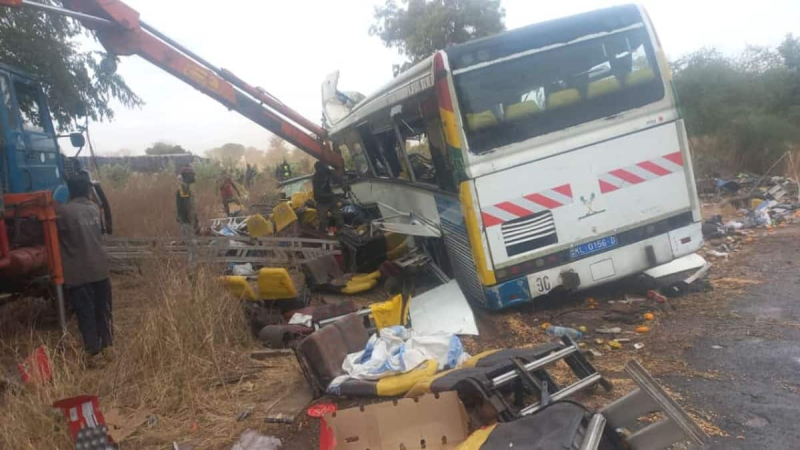 Nineteen people were killed Monday morning in northern Senegal in a collision between a bus and a truck, eight days after a road accident that killed more than 40 people, said we learned from the firefighters.

The collision between two buses caused the death of more than 40 people on January 8 in the center of the country, highlighting the evils of the road in Senegal, as in many African countries: dilapidated and dangerously equipped vehicles, reckless driving, or even widespread corruption of the agents responsible for enforcing the laws or passing the driving license.

The drama of January 8 blamed on a tire burst has sparked an outpouring of criticism against authorities for their failure to enforce the rules driving, but also the regulations on the condition of vehicles, despite the multiplication of accidents.

The Senegalese government announced twenty measures in the process. But many of them are decried as being inapplicable by transport professionals.