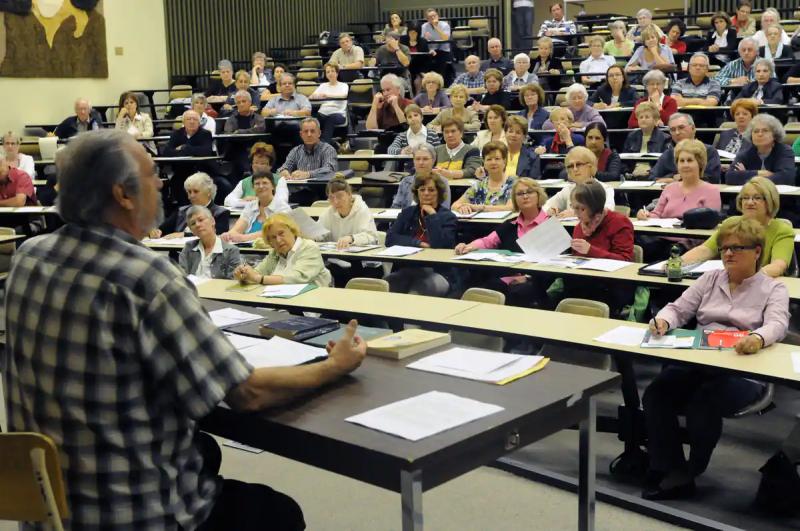 Last year, the number of registrations for the various UTA ​​courses increased by 30% compared to 2020.

As several courses were offered in virtual mode during the health crisis, people from all over the province were able to learn for fun.

This year, in September, the courses will be given face-to-face, always in Trois-Rivières, but also in Quebec.

“We are not taking anything away from the face-to-face programming of Trois-Rivières. The objective is to have a service offer in both regions. If the response from the community is good, our programming will eventually be improved,” explained Marie-Christine Fortin, coordinator of the UQTR campus in Quebec City.

Ms. clientele aged 50 and over, even if there is already a university for the third age in Quebec.

“The Université Laval UTA is working at full speed and people are having trouble finding a place. By coming to Quebec, we are adding an offer allowing other individuals to take courses,” explained Ms. Fortin, adding that the courses offered will be different in the two institutions.

For her part , the coordinator of the University of the Third Age at UQTR, Christine Dallaire, pointed out that the objective of the program is to allow people to maintain their knowledge while keeping the cognitive aspects of their brain active without having the pressure of having to hand in an assignment or take an exam.

In general, it is people aged 50 and over who participate in the various courses or conferences, but a younger person is not refused for all that, mentioned Ms. Dallaire.

And , according to her, it is wrong to think that it is only people who have gone to university who are interested in UTA.

“There are people who had the dream of take university-level courses, but had not yet had the chance. It's 50-50. There are citizens who have been to higher education and others who just want to learn.”

Jacques Aubry, a 69-year-old resident of Trois-Rivières, who falls into the latter category, told us that he greatly appreciates the fact that “with the UTA, you can have in the same class an individual who has a secondary 3 and another a master's degree and [that] it doesn't show”.

“The teachers popularize very well [which] allows everyone to understand”, he said. added.

Mr. Aubry holds a high school diploma and has been taking courses at UTA for about ten years.

As a factory employee, he has always wanted to deepen the subjects discussed on a daily basis. .

He took courses in social communication, history, criminal law, economics, philosophy and geopolitics, among others.

In his early days, in 2009, the UTA in Trois-Rivières offered five courses and some 500 people took part in its activities. It now has nearly 2,000 learners on an annual basis and offers around thirty courses.