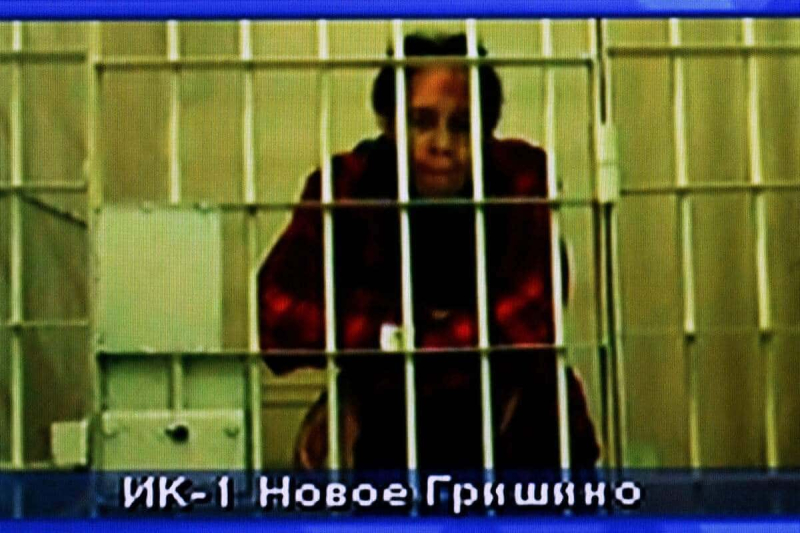 This is the “land of prisons”: Mordovia, where basketball star Brittney Griner was transferred this week to serve her sentence, is a Russian region renowned for its prison colonies.

In the village of Lavas, lost 400 km southeast of Moscow, in the middle of snow-covered forests and swamps, where the women's colony No. 2 is located, the fate of the basketball player leaves most of the players unmoved. premises.

Convicted in August, the African-American sportswoman, double Olympic champion, must serve a nine-year prison sentence there for “ drug trafficking”, after being arrested in February at a Moscow airport with a vaporizer and liquid containing cannabis, a product banned in Russia.

She says it was a treatment to soothe pain related to her intensive basketball practice. His supporters denounce a hostage-taking to haggle with Washington in the midst of the conflict in Ukraine. Negotiations are underway for an exchange of prisoners.

“Usually we bring here rather so-called “particularly dangerous” detainees”, remarks Vitali Doïne, 48, a former prisoner who spent six years in a colony in Mordovia and who became a taxi driver.

He says he is “surprised” that such a famous sportswoman has been sent to such a “hole”.

The village of Lavas was founded in 1921, when the Soviet Gulag archipelago was beginning to form. It still revolves around the prison economy: most of its inhabitants work in the prison administration, or have worked there.

At the local market, on this Saturday in November, the vast majority of inhabitants say they have not heard of the Griner affair or refuse to speak to the press. Suddenly, a woman stops as she goes shopping.

“The law is the same for everyone, for bigwigs and for ordinary people”, reacts Svetlana, a woman in her fifties to the hair dyed red, who refuses to give her last name.

“If they sent her to prison, it's because she deserved it. If she has a good behavior, she will have an early release and will leave with a clear conscience.

It remains to be seen what treatment the American sportswoman will be entitled to.

Olga Romanova, director of the Rus' Sidiachchaia Fund, an NGO specializing in the defense of Russian detainees, explains that Brittney Griner's colony is a “normal” prison by the country's standards: cases of beatings of detainees have already been reported there. , as well as working conditions “close to slavery”.

“But there are much worse prisons”, underlines Olga Romanova, who lives in exile in Germany.

She explains that in women's prisons in Russia, unlike men's prisons, “there are no castes and no hierarchy” between inmates. As a result, women are more on their own, according to Olga Romanova.

But the fact that the American is at the heart of talks for a possible exchange changes the game. As long as negotiations are underway, the administration “will take care of it,” notes Olga Romanova. “But if the negotiations stop, she will be in danger.”

Three factors, according to Ms. Romanova, reinforce the risks of violence in prison against Griner: “She is lesbian, American and black”.&nbsp ;

This makes her a target for bullying in Russian prisons, marked by extremely violent façade homophobia, racism, and where the United States is seen as the “pure enemy” , believes Ms. Romanova.

“It's good that she does not speak Russian, she will not understand what is said to her,” notes the expert. “In that case, I think it will solve some problems.”