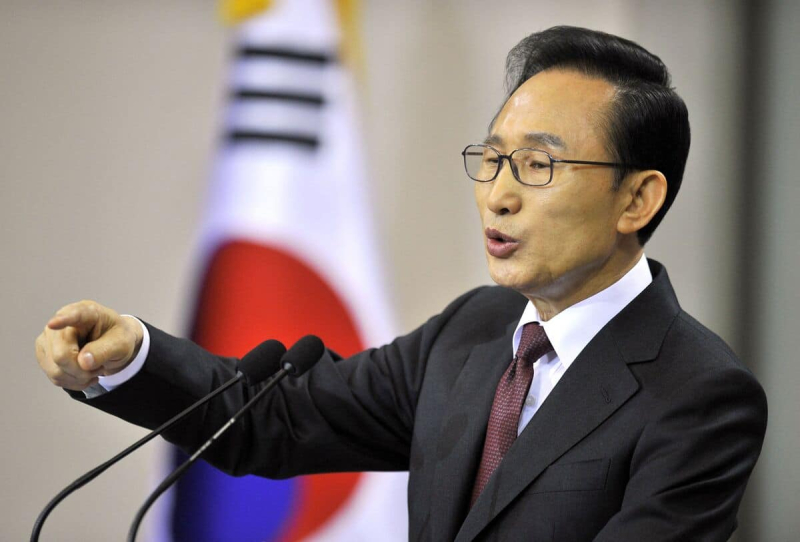 Mr. Lee is on a list of more than 1,300 people granted special pardon “from the perspective of broad national unity through reconciliation, tolerance and respect”, Han Dong-hoon told reporters after a council of ministers with President Yoon Suk-yeol.

The 81-year-old former head of state, released on bail in June due to age and chronic illnesses, was serving a 17-year prison sentence for corruption and embezzlement.

It was effectively a life sentence, as he was not due to be released until 2036, when he would be 95.

The former CEO of Hyundai-turned-president was charged with 16 counts in 2018 and convicted in 2020.

Mr Lee was found guilty of setting up slush funds worth tens of millions of dollars and accepting bribes from Samsung Electronics, in exchange for securing a presidential pardon for group CEO Lee Kun -hee, then imprisoned for tax evasion and since deceased.

“Self-made man” appointed head of a large construction company at the age of 35 before entering political, Lee Myung-bak was president from 2008 to 2013.

He led the country through the global financial crisis and won PyeongChang's South Korean bid for the 2018 Winter Olympics, but has been criticized by opponents for undermining democratic standards and freedom of speech in the country. country.

The new round of presidential pardons, which take effect Wednesday at midnight, is the second under Yoon Suk-yeol's presidency since taking office in May.

In August, the de facto leader of Samsung Electronics, Lee Jae-yong, son of Lee Kun-hee, was among the beneficiaries of the first amnesties granted by Mr. Yoon.

In Korea In the South, heads of state often find themselves in prison once they leave power, often following a political alternation.

Chun Doo-hwan and Roh Tae-woo, both imprisoned for corruption and treason in the 1990s after leaving the highest state offices, were granted amnesty after serving about two years behind bars.