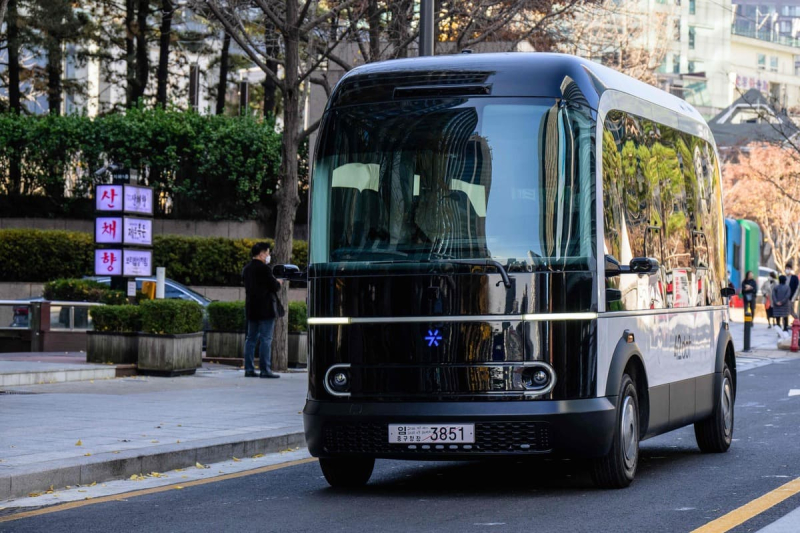 Seoul launched its first line of self-driving buses on Friday, part of a trial that the engineers who designed it say aims to make the public more confident about driverless vehicles.

The new vehicle doesn't look like a regular bus: it's fully symmetrical, with rounded edges and large windows that make it look more like a toy only to a state-of-the-art means of transport.

An intentional design, according to Jeong Seong-gyun, head of self-driving at 42 Dot, the start-up – now owned by South Korean company Hyundai – that created the self-driving technology featured here.

< p>“It's the future,” he told AFP, adding that as a result, “a remarkable new type of design was needed”.

The bus looks a bit like “like a Lego” because it was made from composite parts to cut costs and make it easy to replicate, he explains.

“We want to foster the era of autonomous driving,” he said, noting that the company's goal was to make the technology inexpensive, safer and easily transferable to many different types of vehicles. , such as delivery trucks.

For the moment placed under the close vigilance of a driver, the new bus will drive itself on a new route, a small circuit of 3.4 kilometers around from downtown South Korea's capital, taking around 20 minutes.

People can board at either of two designated stops after reserving a free seat through an app.

To get around, the bus uses a camera and laser, not expensive sensors, says Jeong.

On launch day Friday, many Passers-by seemed intrigued by the design of the bus, stopping to photograph it and peering inside, or asking questions of 42 Dot staff who happened to be t nearby.

“I feel like I jumped into a machine to travel to the future,” comments Kim Yi hae-ran, 68, after his ride.