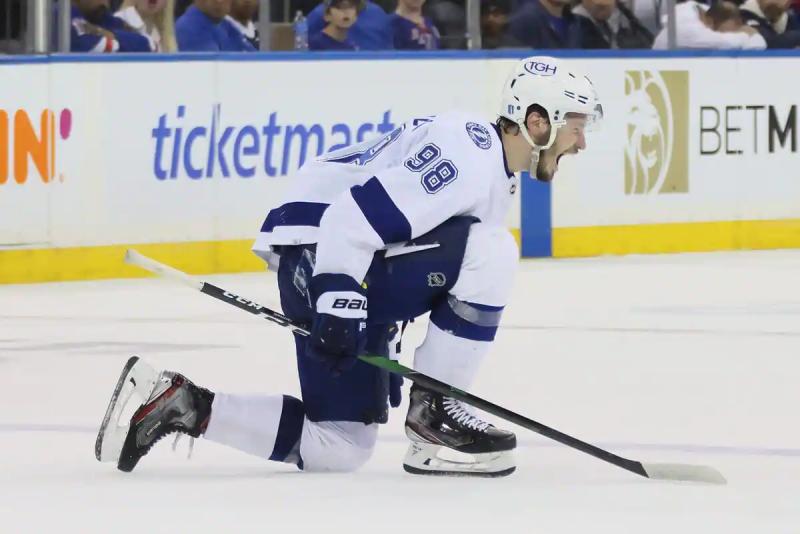 We know that. This is an old story. McDonagh was a CH first round pick in 2007 (12th overall). Sergachev, on the other hand, climbed to the podium in 9th place in the first round in 2016.

We will not go back to the trades of the past for Scott Gomez with the Rangers or Jonathan Drouin with the Lightning . But we will take a few lines to highlight the improvement in Sergachev's game.

We have no choice, it was Jon Cooper who chose to slip in a few words the day after a very good game of number 98 against the Avalanche.

“We have big cats on our blue line,” Cooper said. Sergachev is 23 [24 since June 25] and has already won the Stanley Cup twice. For a young man, he already has a lot of playoff experience [91 games]. He is clearly ahead of his time. He also finds himself in a good environment with defenders like Hedman and McDonagh on the left side. And on the other side we also have good defenders with Cernak, Bogosian and Rutta. I love our defensemen, but the Avalanche can also say the same. That's probably why the two teams meet in the final. ”

In the fifth game, Sergachev retained attention with good hits, including a very solid one at center ice against Nathan MacKinnon, and he also got an assist on Ondrej Palat's game-winning goal. On this play, he showed great patience by opting for a pass in the direction of Hedman instead of simply taking a shot at the net in heavy traffic.

« When you see your best defenseman who is free, it's normal to pass the puck to him, said Sergachev. Victor then managed a very nice pass for Pally [Palat]. Yes, it was patience, but it was also the game to play.