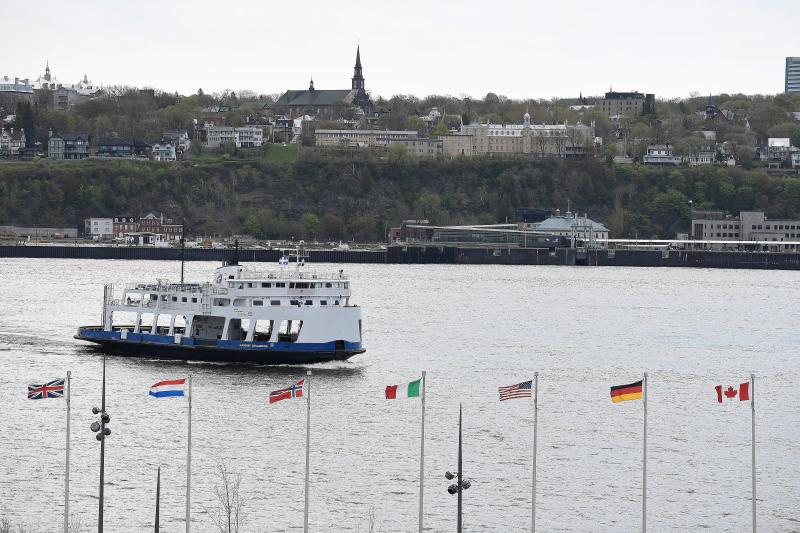 The powerful Steelworkers union, affiliated with the FTQ, would have been cheated by at least four of its leaders, who notably paid for personal expenses with the money of the workers, discovered our Bureau of investigation .

Three locals of the largest union in the private sector in Quebec (60,000 members) have been going through a real crisis of embezzlement for months. Over the course of research, we even found that one of the pinned union officers, unable to repay, had his house in Beauce seized last Thursday.

Personal expenses paid by the syndicate, invoices claimed in duplicate, checks signed in blank, absence of supporting documents… The list of discoveries, spread out in recent judgments, sends shivers down the spine.

“S 'investing in union action and the management of one's association's finances calls for serving and not serving oneself“, summarizes Judge Christian Brunelle, of the Court of Quebec , in one such decision dated March.

These cases are reminiscent of that of the former director general of the FTQ-Construction (Federation of Workers of Quebec) Jocelyn Dupuis, whose exaggerated expense allowances had been exposed in broad daylight about ten years ago.< /p> Some 650 workers at the Manac trailer plant in Saint-Georges, Beauce, are unionized with the Steelworkers, in local 9471.

In Steelworkers Local 9599, which includes employees from several organizations, including the Société des traversiers du Québec, there was “a total mess” and “non-existent bookkeeping”.

This is how the judge quoted the auditor Roch Drapeau, mandated to conduct the audits by the Steelworkers' parent company in Pittsburgh.

This sloppiness allowed financial secretary Yann Gauthier to extract more $46,000 from the union fund until 2017.

“It had to stop pretty quickly,” according to Mr. Drapeau.

The accounting exercise also revealed that the former president of 9599 Claude Leblond “also increased travel expenses to his advantage, which he admitted by subsequently reimbursing the local section”.

< p>Unlike his friend Yann Gauthier, President Leblond was not prosecuted. Both were released full-time to take care of the union.

The Quebec director of the Steelworkers, Dominic Lemieux.

The situation was hardly better at local 9471, which represents the 650 workers at the Manac trailer factory in Saint-Georges, Beauce.

His former financial secretary Roch Lessard was ordered by Superior Court Judge France Bergeron to repay almost $110,000, plus costs and interest, in December.

“At the hearing […], Lessard admitted having appropriated certain sums, for $71,263.33. He even apologizes for his behavior,” noted the magistrate.

These three new cases are in addition to that of Patrick Pellerin, former president of local 8922 security guards, dismissed from his duties in December and targeted by a criminal investigation for fraud.

In an interview with our Bureau of Investigation, the Quebec director of the Steelworkers, Dominic Lemieux, promised to go to the end to recover the are stolen.

“It's theft,” says the director

The Steelworkers of Rio Tinto Alcan had demonstrated in 2012 in Quebec.

The director of the Steelworkers of Quebec is determined to prosecute those who illegally dip into the union fund.

“It’s theft. We cannot tolerate that, and we will never tolerate it,” says Dominic Lemieux in an interview.

At the end of the line, Mr. Lemieux does not hide his dissatisfaction. He would rather have his organization talked about for the right reasons rather than for those fired for embezzlement.

But according to him, the lawsuits will deter those who would be tempted to commit illegal acts.

“At the Steelworkers union, it's zero tolerance. There is no out-of-court agreement between us and the people we catch defrauding.”

His organization also recently won a case against former union officers Yann Gauthier and Roch Lessard, each ordered to reimburse tens of thousands of dollars.

As for the former president of the local 9599 Claude Leblond, he was not prosecuted, but his case is different according to Mr. Lemieux.

Beyond civil suits, those who have stolen funds from workers also expose themselves to criminal investigations.

“There have been discussions with the various police forces. But as you know, it's not us who decides whether [criminal] charges are laid,” said Mr. Lemieux.

< p>Although cases of illegal use of funds have been reported involving four individuals in three locals, the Steelworkers director does not believe that his organization is in crisis.

“It's four cases out of 60,000 members, we don't find that alarming. But it is clear that I would much rather not have [a case]”, he concedes.

(16,000 workers in the field of security, including road flaggers, firefighters and security guards)

The house of Yann Gauthier, seized by a bailiff on June 9.

At the workers' union at the Manac plant in Beauce, union officials signed blank checks to allow financial secretary Roch Lessard to spend as he pleased.

These checks required three signatures, including that of Mr. Lessard.

“The checks are signed in advance by two officers. Lessard only has to put the amount he wants and sign, without anyone, when the check is drawn up, having to check the supporting document, its existence, and whether it corresponds to the amount of the cheque,” ​​explained Judge France Bergeron in her decision.

The magistrate described Lessard, who had to repay more than $110,000, as “master on board the local section's finance boat. He has control, both horizontal and vertical”.

Syndics formed “on the corner of a desk”

Have union officers been properly trained to audit their local's finances? Judge Bergeron doubts it.

The welder François Loubier also told the Court that he was trained as a trustee by Roch Lessard, “on the corner of an office”.

Lessard himself had learned on the job. Holder of a secondary 5 diploma, he has been working since the age of 19.

“The Court cannot blame the trustees for not having done their audit work properly. They are simple workers who carry out this work, without any particular training, at the time, except that given by Lessard. Moreover, since the Lessard incident, the trustees have benefited from a completely different training, “said the judge.

In an interview with our Bureau of Investigation, the Quebec director of the Steelworkers, Dominic Lemieux, explains that his organization recently “reinforced” the training given to trustees and treasurers.

Thanks to the auditor!

Union members must a big shout out to auditor Roch Drapeau, mandated by the Steelworkers' parent company in the United States to shed light on the irregularities.

“The magnitude of the task accomplished [by Mr. Drapeau] constitutes a real Benedictine work, the rigor of which must be underlined”, underlines Judge Christian Brunelle.

He goes on to write that Mr. Drapeau has “patiently and meticulously constructed a table using Excel software”, after having searched a mountain of forms, expense reports and cashed checks.