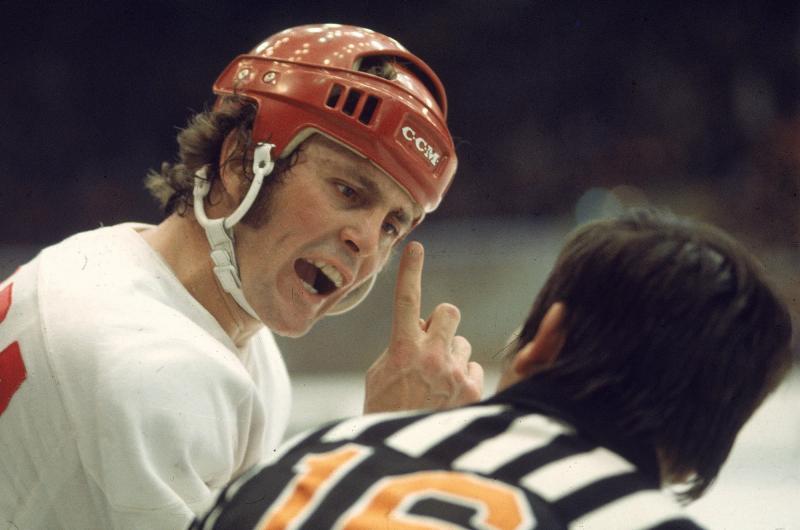 Until the Series of the Century, Paul Henderson had a great career, without however rising to the rank of stars of the NHL. In a moment in Moscow, his fate changed dramatically.

In the last minute of the game between Canada and the Soviet Union, Henderson was on the bench. Phil Esposito, Yvan Cournoyer and Pete Mahovlich were the forwards on the ice.

Henderson noticed Mahovlich heading for the bench and called him out to take over, quickly charging into the offensive zone. Cournoyer intercepted a Soviet breakout attempt and then missed his relay to Henderson.

Esposito collected the puck and shot at Vladislav Tretiak.

Henderson jumped on the free disc in front of the goalie and on his own throwback scored the goal for Canada's victory with 34 seconds left. flow.

“My dad passed away in 1968. When I shot and the puck crossed the line, I said out loud, 'Dad would have been proud of that goal.' We know the dynamic between a father and a son, but I was surprised to have this thought at the time. I immediately jumped into Cournoyer's arms and was so emotional I thought I had broken his back! “, remembered the 79-year-old man, in an interview with Le Journal.

It is moreover a story to which Cournoyer allowed himself a reply. “I told Paul it's heavy, but never as heavy as a Stanley Cup! joked the former Canadian, who lifted the trophy 10 times.

Before the tournament, few observers gave Henderson the slightest chance of breaking through the lineup. It was impossible to imagine that he would become the author of Canada's last three game-winning goals in addition to finishing with a record of seven goals and three assists in eight games.

“I never imagined one day becoming a hero in the country. At camp, I just said to myself that I was going to take things seriously and show the coaches that I could be competitive. On the attack lines, I saw myself best on fifth.

“I thought to myself that I was playing well defensively and that I would not be a nuisance. Throughout the tournament, I did not expect to play an important role. Above all, we had to be the defensive trio that was going to watch the Kharlamovs and others. »

From joy to depression

The size of the surprise he caused initially plunged Henderson into a state of grace. However, with his sudden status as a national hero, supporters had unsustainable expectations of him. So much so that Henderson soon felt assaulted and depressed, sinking into alcohol.

“It all happened too intensely and too quickly. Overnight, I had become the savior of the country. People would come knocking on my door or seeing me anywhere.

“At a certain point, my wife and I had to make a decision. It was necessary to choose between appreciating this celebrity or running away from it. We decided to savor this moment and it was the best decision I have made in my life.

“Since then, I have never said no to any request to talk about the Series of the Century. It was a wonderful time and I am grateful to have experienced it. It certainly brought me a form of admiration that I would never have received otherwise, ”he confided.

After two more seasons with the Leafs following the Series of the Century, Henderson branched off to the WHA and hung up his skates in 1981.

A fake Hall of Fame debate

At his home in suburban Toronto, Paul Henderson keeps this precious lithograph depicting his historic goal in the final game of the Series of the Century. Yvan Cournoyer jumps into his arms while Soviet goalkeeper Vladislav Tretiak sees the failure of his own.

Even if for many years, some have been shouting for Paul Henderson to be admitted to the Hockey Hall of Fame, the principal concerned is categorical. In his eyes, he has no place among the immortals.

Some say his crucial role in what has become the most important series in the history of international hockey should get him a ticket. The others insist instead that he has never scored more than 60 points in a season in the NHL and that his record of 477 points in 707 games clearly does not earn him this honor.

“I am told that I am more famous in the country than three-quarters of the players who are at the Temple. For my part, I have never had the slightest problem with the fact that I am not at the Temple. There are several players who have been much better than me and who have not been inducted, ”he argues.

His legendary goal on September 28, 1972 was recognized as the “sporting moment of the century” by the Canadian Press. He was also elected as a member of the Canadian Sports Hall of Fame, as well as the International Ice Hockey Federation Hall.

“I had little nearly every other individual reward imaginable. The rest is not mine. I would be grateful to be inducted into the NHL one day, but my life would not change one iota,” he said.

Even though he still doesn't have his bronze plaque in Toronto, Henderson can claim to have marked the Canadian collective imagination.

“It's very satisfying and I was proud to win. This moment gave me a sudden notoriety that I had never considered. I was a good hockey player, but not a star player. It was rewarding to prove to myself that I could play with the best in the world.

“Every Canadian I meet, even 50 years later, automatically wants to tell me where they were and what he was doing when I scored. People are still excited to tell me about this moment and I'm happy about it. »