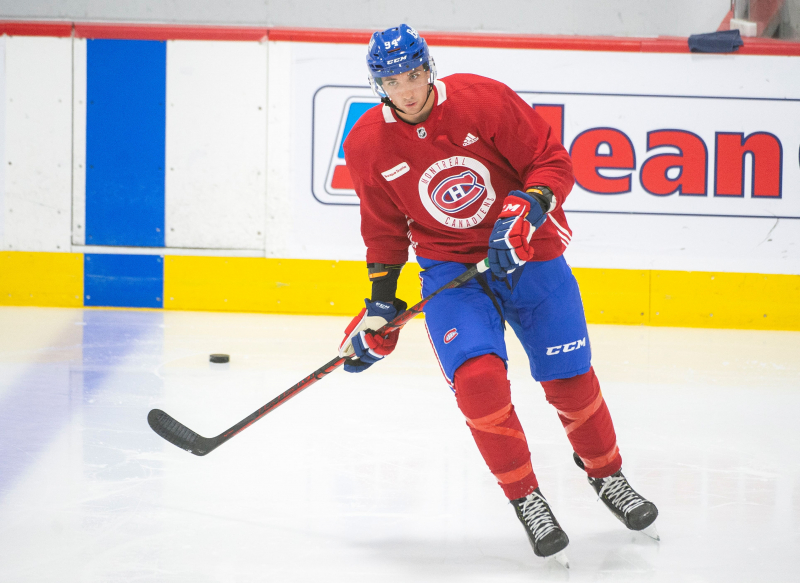 By sending photos of his sexual prowess to his teammates and friends, Logan Mailloux got his feet wet. All alone like a big one.

It's too easy to say that it was a youthful mistake. Because the 17-year-old teenager he was at the time of the events should have known that he was making a disrespectful and inappropriate gesture towards the young Swedish woman with whom he was in bed.

It wasn't because he wasn't educated enough, contrary to what he said yesterday.

By saying that, it was as if he had lived cut off from the world and that he hadn't listened to a word from the counselors who teach good behavior to young athletes.

Logan Mailloux lacked judgment, and, as he puts it so well, his stupid act will follow all his life. It will be the same for his victim, whom he treated in a degrading way.

The potential is there

As for the new management of the Canadian, it does not have to live with the burden left to it by the previous regime.

Jeff Gorton and Kent Hughes still have almost a year to decide whether or not they will offer Mailloux a contract.

Until then, they will see how Mailloux will evolve like nobody else.

As for the hockey player, the director of player development of the Canadiens, Rob Ramage, does not doubt that Mailloux has the potential to reach the National League.

Ramage, who presented himself to the sides of the young Ontarian yesterday, has its own story.

Almost 20 years ago, while driving while impaired, he had an accident which caused the death of the former Chicago Blackhawks defenseman and ex-coach Keith Magnuson, who was traveling with him.

He was sentenced to four years in prison; he was released on his second request for release.

What will the Canadian do?

The Canadian's decision in the Mailloux case will certainly create waves. There will be protests if she grants what could be called 'a second chance' to the 19-year-old defender.

If management thinks it is better to cut ties with him, there will be some to say that justice has been done.

The subject is extremely tricky.

In Sweden, where Mailloux was facing criminal charges, the court fined him $2,000. The Ontario Junior League suspended him indefinitely before reinstating him in January.

Has he been punished enough?

When you look at the case of the engineer Simon Houle, we say that the Court was too lenient with him.

Is there a danger that Mailloux will do it again?

He does not never say never, but he seems to have realized the extent of his fault.

He has had his lesson and is entitled to a chance.