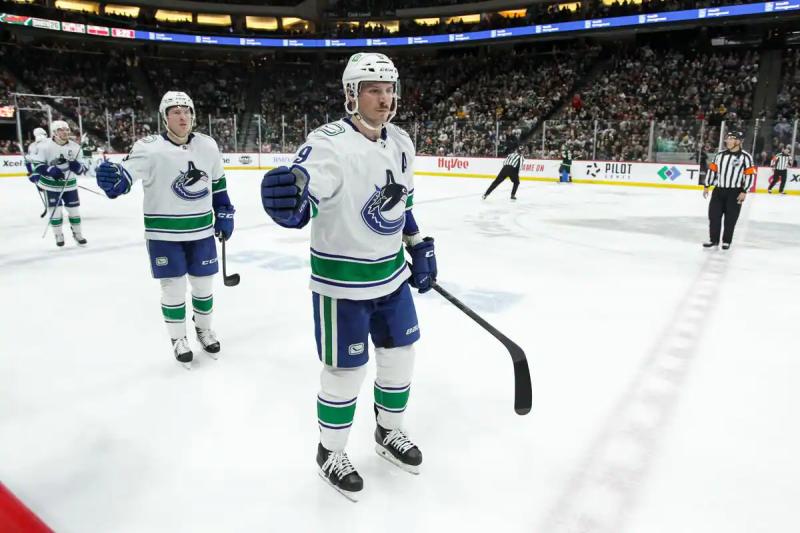 The president of hockey operations Jim Rutherford had advocated patience in this file, while the 29-year-old American was not to become an unrestricted free agent until the end of the next season.

Vancouver Canucks General Manager Patrik Allvin announced today that the club has agreed to terms with center J.T. Miller on a 7-year contract worth a total of $56 million. pic.twitter.com/UuW2G4xhOC

The two clans have finally found common ground since Miller will earn an annual salary of $ 8 million as of the 2023-2024 season. He will still be considered a godsend for the next regular season, he who will get his hands on $5.25 million.

The former New York Rangers first-round pick (15th overall in 2011) is the Canucks' best player since joining the organization in 2019-20. He outdid himself last season with 32 goals, 67 assists and 99 points, three career highs.

“J.T. Miller is an impact player in this league and we're excited he's made a long-term deal with the Canucks,” general manager Patrik Allvin said in a statement. His production last season speaks for itself and his sense of competition has become a standard to which all our players can aspire. He will continue to be a key part of this team for years to come.”

The centerman also led the British Columbia team in 2019-20 with 72 points, and had only was beaten only by Brock Boeser in this chapter the following year.

Author of 454 points in 637 games in the National Hockey League, Miller also played for the Rangers and the Tampa Bay Lightning in its first seven seasons.