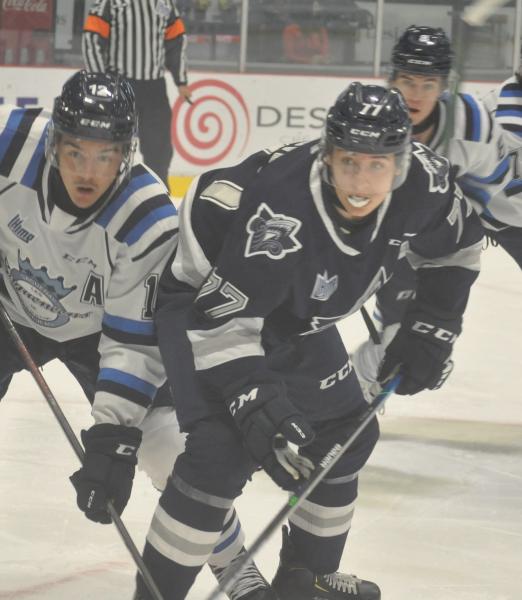 RIMOUSKI – The final decisions are being made in the Rimouski Océanic camp, which will begin the 2022-23 season with 24 players, including seven rookies who have managed to carve out a place in the team led by Serge Beausoleil.

The Océanic notably kept its first two choices in the last draft, defender Spencer Gill and forward Quinn Kennedy, two 16-year-old players. The goal is for them to play a minimum of 40 games, the equivalent of a Midget AAA season. The other recruits are 17 years old. They are defender Cory MacGillivray and forwards Jan Spynar, Shawn Perason, Lyam Jacques and Jude Campbell.

“Anthony Paré and Mathys Dubé had very good camps, but decisions had to be made. We had first-round picks and guys like Jacques and Peason who came to the TELUS Cup last spring. Defender Mathys Laurent also made a good impression. It gives us a nice depth. We are also very happy with the outfit of goalkeeper Lyam Leblanc, a great find from Dany Dupont as a guest player,” commented Serge Beausoleil about these latest cuts.

When the trading period ended on Sunday, Serge Beausoleil received a lot of requests for his six defenders from last year, namely Frédérick Brunet, Mathis Gauthier, Simon Maltais, Charles Côté, Luke Coughlin and Mathis Aguilar. “There was no question of letting one go,” said Serge Beausoleil.

Drover and Thomson are leaving

Among the 20-year-old players, the arrival of the former Remparts, Xavier Fillion, meant the departure of Alex Drover. The former Cape Breton Eagles first-round pick will complete his Junior A career in the Maritimes. “Fillion is a right-handed center. The price was fair (a 3rd choice in 2024). He is a guy who can eat minutes and is very good on the penalty kill and he will also play on one of our waves on the power play. He gives us a lot more leeway,” commented Serge Beausoleil. We told him that he will have to fight to be in the line-up and he told us that he preferred to play in junior A, “said his coach. Thomson had scored 11 goals and added 15 assists for 26 points in 64 games after earning his spot as an 18-year-old guest player.

< p>Defender Luke Coughlin was injured on Friday and will miss a few weeks of action. The Océanic will play its next two games on September 9 and 10 against the Blainville-Boisbriand Armada in Chandler, Gaspésie.