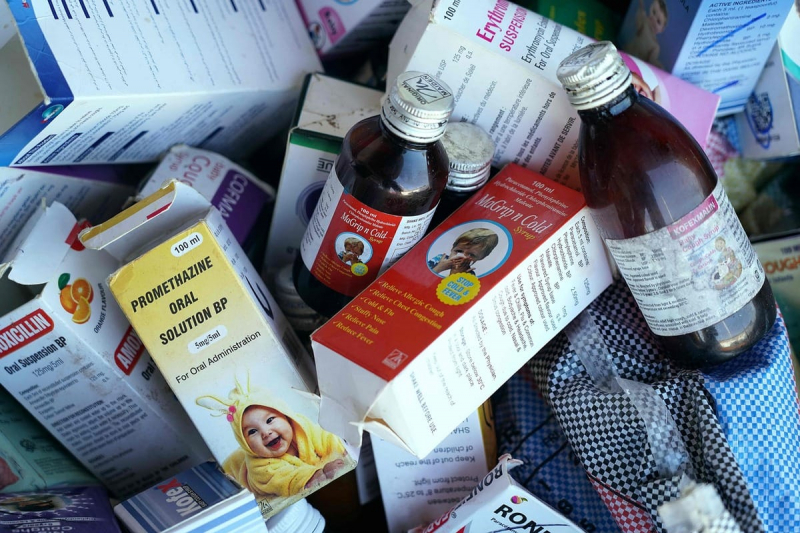 The Gambia on Friday launched the second phase of a recall of several drugs suspected of causing the deaths of 70 children from acute kidney failure, the health ministry said.

All the cough and cold syrups in circulation in the country will be recovered by the health authorities, as well as all the pharmaceutical products manufactured by the Maiden Pharmaceuticals laboratory, whose production plant in India has been shut down.

Investigations have been opened by the authorities and by the World Health Organization (WHO) to say whether the lives of the 70 children ended prematurely because they had been administered these drugs containing, according to the UN agency, “unacceptable” quantities of diethylene glycol and ethylene glycol, commonly used as antifreeze and whose ingestion can be fatal.

The WHO issued an alert in early October and asked that the syrups be withdrawn from circulation. They have only been spotted in The Gambia, but the WHO had indicated that it was not impossible that they were distributed elsewhere, through informal channels largely used by medicines, in Africa in particular.

On Wednesday, Indonesian authorities announced the suspension of all sales and prescriptions of medical syrups after the death of nearly 100 young children from acute kidney failure this year, while specifying that syrups imported into The Gambia were not sold. in Indonesia.

For the director of Maiden Pharmaceuticals, Naresh Goyal, the syrups produced by his laboratory are not responsible for the death of children, he told the Indian newspaper The Economic Times.< /p>

The Federal Food and Drug Administration of India had notably issued four notices to the laboratory, describing its manufacture as “ mediocre” after conducting tests on batches, according to the agency's website.

At the request of Gambian parliamentarians, an extraordinary session of the National Assembly is scheduled for October 26 to debate this 'u national public health authority”.