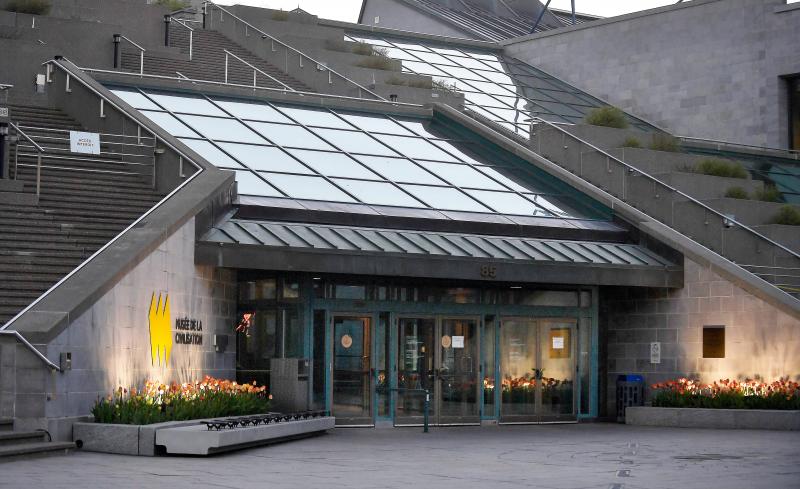 Recently, in my columns, I spoke to you about the woke excesses of the National Gallery of Canada. < /p>

But a reader wrote to me to draw my attention to another Museum that has some, shall we say… intriguing plans.

SEX AT THE MUSEUM

Since June 14 and until August 31 of this year, the Musée de la civilization de Québec is launching a “call for objects and archives” that I will copy to you in full here.

“The Musée de la civilization is looking for objects that can document the multitude of experiences related to gender identities and how these are transformed over time and according to cultures, in Quebec and elsewhere. »

“We call on people of the plurality of genders and sexual diversity to help us collect different objects that evoke the realities of the following communities: Intersex people, binary and non-binary trans people. Trans sex workers. Neurodivergent trans people. Two-Spirit, intersex and trans artists. Racialized trans people involved in ballroom circles. Polyamorous trans people. Trans people involved in Kinks communities. Trans parents. Trans and creative kids. Trans people active in the trans and transfeminist movement in Quebec in the years 2000 to 2020. Indigenous and Two-Spirit LGBT+ people. Black, racialized, immigrant or refugee LGBT+ people. LGBT+ people who live in or come from the regions of Quebec. LGBT+ activists active in the 1960s to 1990s. Sex in all its states ” />

“Activists active in the radical feminist, lesbian feminist and queer feminist movements in Quebec in the 1960s to 2000s.”

I hope the Museum has ensured that its list is exhaustive and that no sub-group of “People of the plurality of gender and sexual diversity” has been forgotten.

And I wonder what an “object that represents the realities” of “trans people involved in Kinks communities” looks like.

Another column of mine that made you react is the one on the use at Radio-Canada of the words “people with a uterus” instead of the word “women”.

Several readers who have had a hysterectomy or were born without a uterus have written to me to tell me how shocked they are. “Should I be called 'person who no longer has a uterus'? one of them wrote to me.

A reader also told me that on July 18 on the program Le 15-18 on Radio-Canada, about women's breasts, the host said:

“While it is legal for everyone to walk around topless, it is not yet fully accepted in the general population that 'people with fuller breasts' do not hide them. ”.

His guest, Myriam Daguzan-Bernier, sexologist, replied: “There are as many different breasts as there are 'people who have breasts' on the planet”.

Finally, did you know that the Women's Center of Montreal wrote on Facebook on July 13 that “the HPV vaccine can be given to owners of vaginas between the ages of 9 and 25 and to owners of penises from 9 to 26 years old”?

Here is a great vocabulary suggestion for our Radio-Canadian friends.