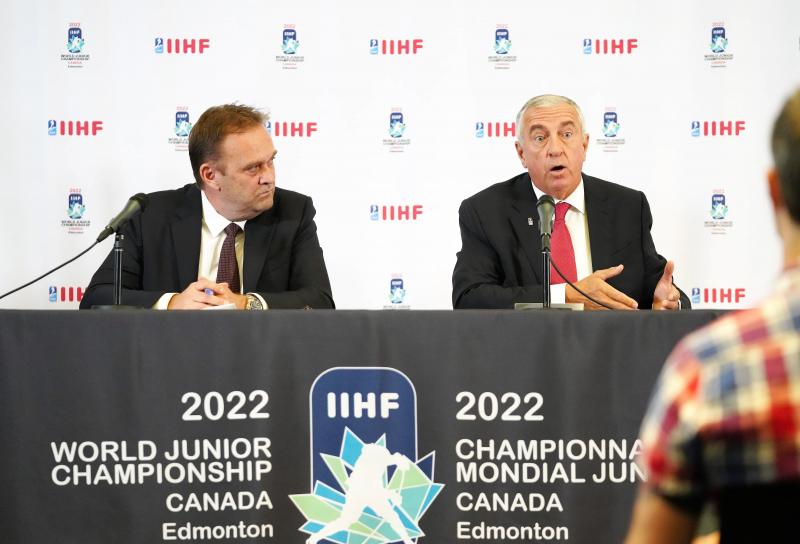 EDMONTON | The International Hockey Federation (FIHG) will be closely monitoring the various investigations surrounding the sex scandal that has plagued Hockey Canada for the past few weeks and it is not ruling out the possibility of imposing sanctions on the organization.

This is at least what the president of the IIHF, Luc Tardif, said on Saturday, on the sidelines of the last day of the World Junior Hockey Championship in Edmonton.

Recall that an independent investigation , commissioned by Hockey Canada, is underway to shed light on allegations of a gang rape that allegedly took place in London in 2018 and involved members of the Canada Junior Team.

La London police are also investigating, as is the National Hockey League (NHL).

“I want to be precise and say that we did not do an investigation. There are currently four investigations that are open and I am very happy with that. For us, this is a national affair. Not that we are not interested in it, but what is important for us is that they provide us with the same amount of information that they provide to the commissioner responsible for the independent investigation. So far this is the case, they are keeping us informed.

“At the end of the investigation, the ethics commissioner will tell us if there is a sanction or not. We will not be interested in the criminal facts, but rather if Hockey Canada respected the process and how the decisions were made, “explained Mr. Tardif.

Remember that Hockey Canada would have dipped into a fund reserve to settle the 2018 file, as well as several others.

Besides, the president of the FIHG did not It's no secret that the context surrounding Hockey Canada was one of the factors explaining the very low attendance throughout the tournament.

However, for him, the fact that the tournament was presented in August was the main factor, as was the price of tickets set far too high by Hockey Canada. For the majority of Canada's games, tickets ranged between $100 and $200.

“There could have been a bit of flexibility [from Hockey Canada] along the way,” admitted the president. Of course, with the organizing committee, we would have liked to have had more spectators. We will no longer organize a tournament in August. »

“Even the crowds at Canada's games were low,” added tournament chairman Henrik Bach Nielsen. I don't know if Hockey Canada set the prizes as if it was a tournament in December, but personally I think they could have offered prizes based on the tournament being in August. »

In addition, Luc Tardif confirmed on Saturday that Russia and Belarus would be suspended for the next year, i.e. the 2022-2023 season.

“We are going to take this one year at a time. One day, we hope, the situation will change. »

Mr. Tardif also assured that the IIHF has no intention of imposing sanctions on players who decide to sign contracts in the KHL, in Russia.

According to him, it will be at different federations to make their own decisions.

“Some federations have already told their players that if they signed in the KHL, they could not be part of the national team of the country. We let the federations decide. »