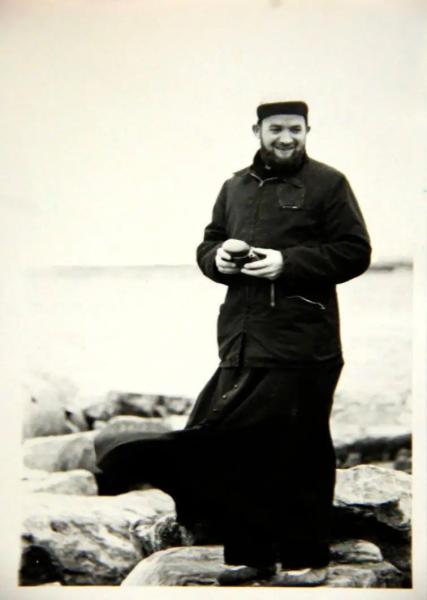 A French father suspected of sexually assaulting Inuit between 1968 and 1970 in Canada “could agree” to meet with an Inuk delegation that will travel to France to seek his extradition, his congregation announced Friday.< /strong>

“Evolving in the decision he had made not to receive anyone”, Father Joannes Rivoire, 92, “could accept” a meeting next week in Lyon (south- is) “of a private nature”, if he is “capable of a conversation” and if his health allows it, Vincent Gruber, superior of the congregation of the Oblates of Mary Immaculate (OMI) in France, told AFP. .

The monk, who lives in a retirement home in Lyon, is the subject of an extradition request filed in early August by Ottawa. He is accused of sexual assaults on Inuit while he was on a mission in the Far North. Accusations he disputes.

The order, which has 3,700 missionaries worldwide, including 87 in France, says it was only informed in 2013 of the existence of the first arrest warrant issued against him in 1998 in Canada.

In 1993, after 33 years in the field, Father Rivoire left Canada to return to France. In 2015, he was placed “under surveillance” when the Oblates learned that he was wanted, Mr. Gruber told AFP. He settled in Lyon in 2021.

As part of the arrival of the Inuit delegation from September 12 to 15 in Paris and Lyon, Father Rivoire “agreed to join the provincial house of the OMIs of France (…) for a few days “in order “not to disturb the lives of the residents and the staff” of the EHPAD (Accommodation establishment for dependent elderly people) in which it is located, detailed Friday Mr. Gruber to AFP.

“The OMIs of France are resolutely committed to the fight against the scourge of child crime,” the Oblates also declared in a press release on Thursday.

They added that they “support” the delegation's approach, that they “would do everything possible to see it succeed” and that they would contribute “to effectively advancing justice that the victims (…) have a right to wait”.