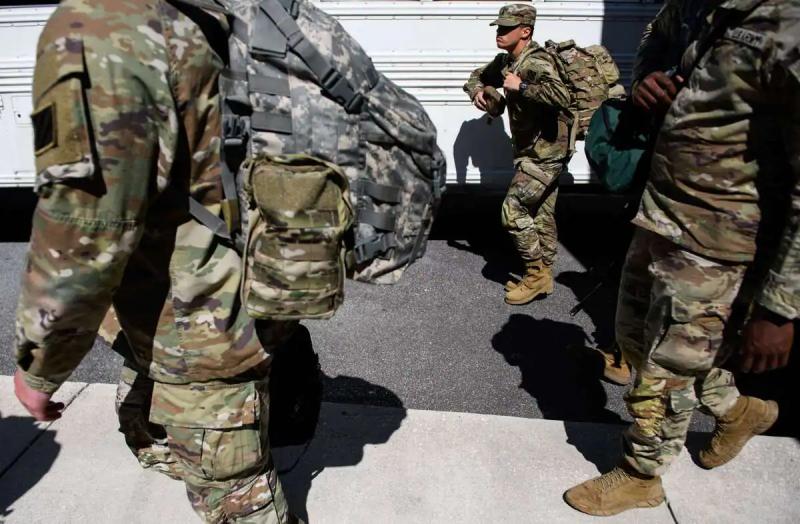 The number of sexual assaults in the US military has rebounded 13% year on year to reach record highs in 2021, after briefly stabilizing, according to an annual Pentagon report released Thursday.

According to this report from the Office of Sexual Assault Prevention and Response (SAPR) of the US Department of Defense, the number of sexual assaults and sexual crimes brought to the attention of military authorities last year stood at 8,866, compared to 7816 cases reported in 2020.

But only a small proportion of sexual assaults are brought to the attention of military authorities and, according to a broader survey by the SAPR, nearly 36,000 soldiers suffered unwanted sexual contact – ranging from fondling to rape – during the war. fiscal year ended March 2021, an increase of no less than 35%.

Based on these figures, SAPR calculated what it calls a “prevalence rate” to assess the percentage of soldiers who have suffered sexual assaults, whether they have reported them or not. This rate reaches 8.4% for women and 1.5% for men in 2021.

“These numbers are tragic, and extremely disappointing,” said Beth Foster, director of the US Forces Welfare Office, noting that this is the highest prevalence rate ever assessed among women.

“This report demonstrates with terrible precision that sexual assault and sexual harassment remain persistent and destructive problems for our soldiers,” Defense Secretary Lloyd Austin said in a message to military command.

These figures “underline the importance and the urgency of our work”, added Mr. Austin, who had charged, shortly after his arrival at the head of the Pentagon last year, an independent commission to submit suggestions to him so that the perpetrators of sexual violence in the army are prosecuted more effectively.

The commission concluded that removing the decision whether or not to prosecute the perpetrators of sexual violence from the military hierarchy was the only solution to stem the phenomenon .

US President Joe Biden therefore launched a reform of military justice in January to make sexual violence in the army a crime and no longer just a misdemeanor.

Assault sexed Domestic violence and assaults on minors will now be tried before a court martial and the decision to prosecute the perpetrators will be entrusted to specialized prosecutors and no longer to the chain of command.